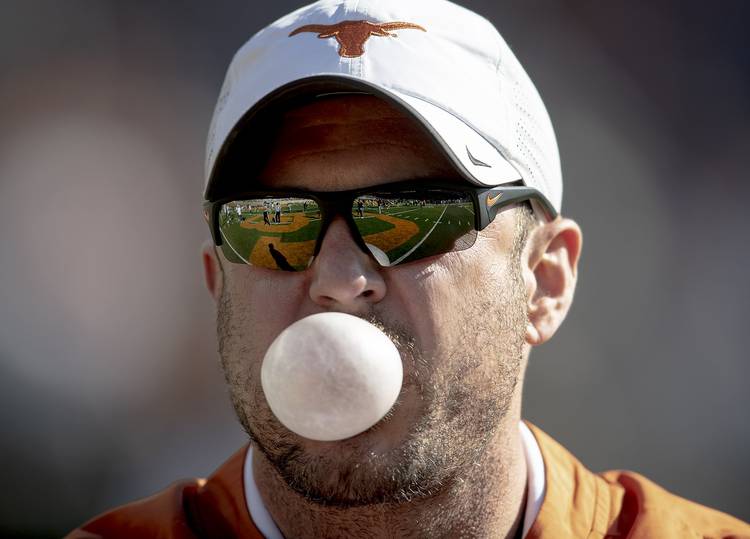 Ibraheem is a two-time first-team all-district selection despite opponents avoiding his side of the field. He’s recorded 59 tackles, broken up 11 passes and collected a pair of interceptions during his two years on varsity. Ibraheem also runs track at Kimball, excelling in the 200-meters and long jump.

Skill set: Ibraheem looks like he was created in a lab, or on an old edition of the NCAA video game. He’s tall. He’s long. He’s aggressive. He’s plenty fast enough to stick with elite receivers. There isn’t much not to like about Ibraheem. He is raw and doesn’t face the daily competition at practice or in games that some elite prospects get to as prep athletes. He’s usually the best and most athletic player on the football field, so the move up in competition will take some adjusting.

Immediate impact: Ibraheem’s ability to make an immediate impact at Texas likely depends on what the cornerback room looks like heading into the 2021 season. The class of 2018, which included cornerbacks Jalen Green, D’Shawn Jamison and Anthony Cook, are set to be seniors that season, but a solid junior season could result in one or more of that trio declaring early for the NFL draft.

Ibraheem is incredibly talented, but he also needs to get bigger and stronger before he can go 1-on-1 with the best the Big 12 can offer on a weekly basis. He’ll continue to grow in high school, but expect Ibraheem to see the same route as 2019 signee Kenyatta Watson II did as a true freshman. Watson struggled to find playing snaps early, even with injuries, but worked his way into more playing time as the season progressed.

Fitting into the program: There’s not a program in America that isn’t searching for talented prospects with the upside of Ibraheem at a key position like cornerback. There is a reason the four-star held offers from nearly every major program in the country. Ibraheem isn’t a finished product, but he’s a great looking piece of clay that the Texas staff hopes to turn into the next representative of DBU.

Recruiting at the position: Texas’ need for cornerbacks in the 2021 class lessened when 2020 four-star Jahdae Barron was granted a release from his national letter of intent with Baylor and quickly signed with Texas. Still, cornerback is always a coveted position in the Big 12 and the Longhorns want to add more talent to the position than just Ibraheem. Texas may need to look out of state or offer more in-state prospects for that to happen, though, as the current offers are committed elsewhere or trending toward other programs.