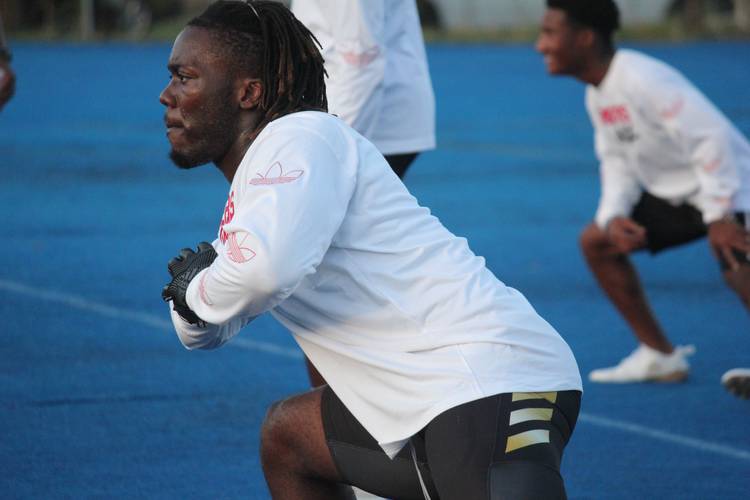 Skill set: Thomas is a big-bodied defensive lineman with a long-term future as a three-technique defensive tackle as he continues to grow. His best football is in front of him as a raw, rusty prospect who needs more time on the field to refine technique. Thomas is the first true defensive lineman committed to Texas unless five-star athlete Ja’Tavion Sanders counts. Sanders plays wide receiver and defensive end.

“I’m only going to improve as I play more. I haven’t taken a real football snap since I was 16,” Thomas said back in February. “Suffering the injury was hard, but I know it was a minor setback. I’m just ready to get back on the field and help my team.”

Thomas carries little body fat and could easily grow into a defensive tackle. His ability to play the strong-side defensive end spot and move inside give him the positional versatility that the current Texas staff appears to crave. Most of the current top targets on defense are players who could play at least two positions. Thomas is a high-upside prospect with the ability to become a playmaker with more coaching and real football snaps.

Immediate impact: Texas did a great job signing defensive linemen in the 2019 and 2020 defensive class, which should make it tougher for young prospects like Thomas to earn immediate playing time. The Longhorns expect big things from T’Vondre Sweat, Alfred Collins and Vernon Broughton. Thomas could add instant depth and participate in up to four games and still keep his redshirt.

Fitting into the program: We’re still learning what the new staff values in defensive prospects as the Longhorns expect to move to a four-man front with two linebackers and five defensive backs under defensive coordinator Chris Ash. Modern defenses require flexibility, and the simple truth is that most teams alternate out of different formations based on opponents. That’s why positional versatility is becoming more valuable in college recruiting and in the NFL draft. Thomas is a defensive addition with the ability to play multiple positions.

Recruiting at the position: The need for defensive linemen in the 2021 class hinges on whether the staff views Sanders, the No. 3-ranked player on the Fab 55, as a defensive end or a wide receiver. If Sanders plans to play offense, Thomas is the only true defensive lineman pledged to the Longhorns, though four-star linebacker Derrick Harris Jr. could grow into a defensive end. Four-star Landon Jackson recently picked LSU, meaning prospects like Shemar Turner and others with offers move up the recruiting board in Austin.