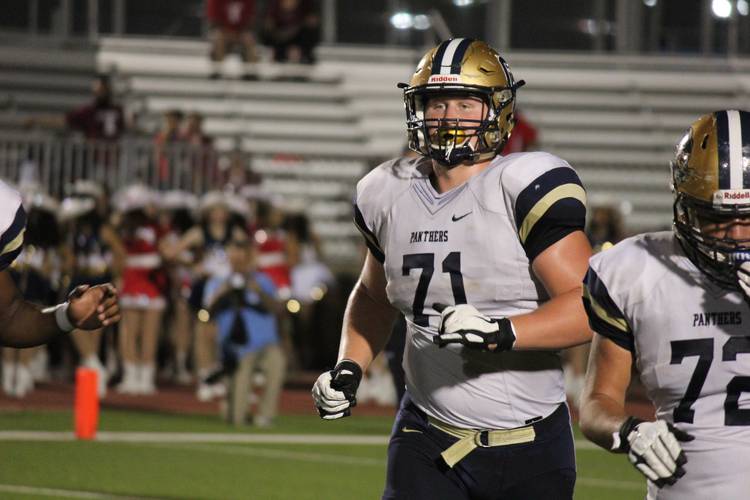 It’s clear by now that coach Tom Herman wants Texas to bully the Big 12 into submission. He wants to go big and powerful while the rest of the conference focuses on high-tempo offenses to outscore opponents. The way to sustain Texas’ success is to load up at offensive line in each recruiting cycle. Think Alabama.

Texas took a large step toward building a strong offensive line class in 2020 Sunday night when four-star guard Logan Parr picked the Longhorns over 21 other offers. The product of San Antonio O’Connor received a Texas offer on Sept. 8. The Longhorns moved up his list thanks to a strong relationship with assistant coach Herb Hand and the success on the field with wins over USC, TCU and Oklahoma.

Skill set: The 6-foot-3½, 268-pounder plays offensive tackle in high school but knows his future is at guard or center because of his lack of length. His time playing on the edge should help him handle the blitzes and better pass rushers at the defensive tackle position. Parr thrives as a run blocker who is athletic enough to pull and get to the second level.

He wants to be great, and football is hugely important to him. That shows in his film as he finishes blocks and fights with his hands at the point of attack. He’ll continue to improve as he gets stronger and builds more muscle. That’s true for 99 percent of offensive line prospects from high school. He’ll be in the top 20 of the Fabulous 55 when the 2020 list is released in February.

Parr ranks as the fourth-best offensive guard in the 2020 class and No. 130 overall. He’s a legit four-star talent who should be in line for All-American games and the Opening Finals.

Immediate impact: It’s tough to play along the offensive line as a true freshman. It takes a generational player or lack of depth. Texas hopes the group doesn’t need prospects straight out of high school to contribute right away. That gives prospects like Parr a redshirt season and an extra year in a college weight program and coaching from Hand. Parr’s impact will be felt on the recruiting trail because it could truly jump-start the 2020 class.

Fitting into the program: Parr was handpicked by Hand as his guard prospect in the 2020 class. The two talked weekly leading up to the decision, and that means the two believe in each other. Parr is the type of player Texas must land to control the state in recruiting. There’s no reason Austin shouldn’t be the landing spot for the bulk of South Texas’ top talent, and Parr is the best player from the area in 2020. He’ll join fellow San Antonio natives Derek Kerstetter and Caden Sterns.

Recruiting at the position: The 2020 class is loaded with in-state talent along the trenches, and the Longhorns hope piling together a strong class will help them land five-star running back Zachary Evans out of Galena Park North Shore. Parr is a great first step and a player at a need position. Texas focused on signing offensive tackles in Herman’s first two classes. Parr gives the Longhorns a bully with leverage and technique. The two top targets at offensive tackle in the cycle are Chad Lindberg and Jaylen Garth.