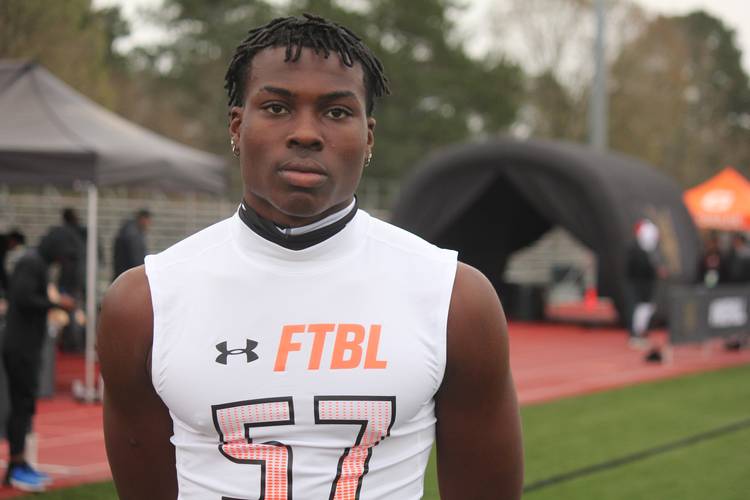 Omeire is a  6-3.5, 210-pound product of Fort Bend Austin. He ranked 16th on the 2020 Fabulous 55. The two-time first-team all-district selection is the 32nd-ranked wide receiver in the nation, per 247Sports composite rankings. Omeire is the second wide receiver commitment in the 2020 class, joining Temple’s Quentin Johnston. Omeire originally picked Jimbo Fisher and Texas A&M on June 8.

Skill set: Omeire is an athletic freak of nature. He’s still raw as a football player and wide receiver, but the physical tools are there for him to become a star in college football. Omeire already looks like a college wide receiver with plenty of bulk to handle duties outside of catching the football like blocking on the edge.

Omeire achieves success on pure athleticism and instinct. The sky’s the limit for the big wide receiver once he receives some real tutelage as the position. The big-bodied wide receiver recorded 85 catches for 1,546 yards and 21 touchdowns in his past two varsity seasons.

Immediate impact: It’s not easy for wide receivers to make an immediate impact as a true freshman, especially at one of the outside receiver positions. Even Collin Johnson struggled to see the field and find consistency early in his tenure. We watched guys like Brennan Eagles and Malcolm Epps used sparingly as true freshman despite high recruiting rankings. Omeire is likely to follow the same path as Eagles. Expect Omeire to see the field as a true freshman before making a bigger impact as he reaches his second year on campus.

Fitting into the program: It’s no secret that Tom Herman and his coaching staff own the Houston recruiting streets. That wasn’t as true in Fort Bend County, long-time Aggie country south of Houston. Omeire’s flip is a big success for Texas in many ways. One, Omeire is a fantastic player and the type of wide receiver the Longhorns love.Two, he’s a true recruiting victory over Texas A&M in Fort Bend County, home to numerous FBS athletes on a yearly basis.

Recruiting at the position: Texas didn’t need more than two wide receivers in the 2020 class and that’s exactly where the Longhorns sit after Omeire’s flip from Texas A&M. Omeire and Johnston give Texas two four-star talents with long, athletic frames. If Texas does push for a third wide receiver in the class, California product LV Bunkley-Shelton and Rockwall’s Jaxon Smith-Njigba appear to be the ones left on the radar.

With Rice in the rearview mirror and Big 12 play on the horizon, Texas sweeps rival Texas A&M