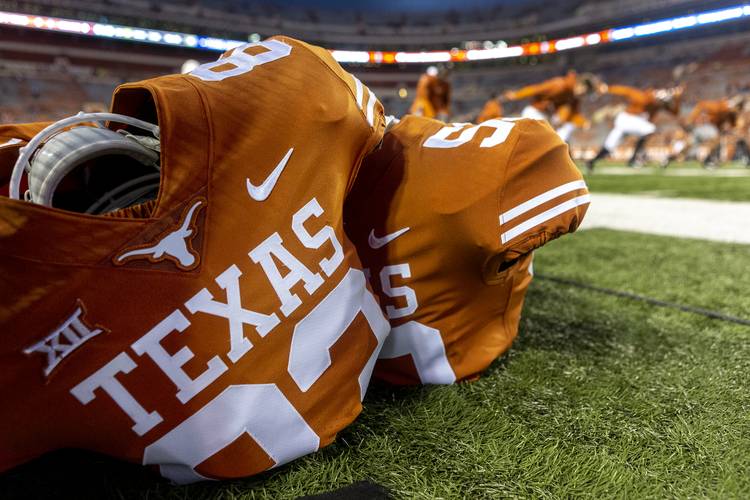 Oklahoma always recruits well in the state and four straight Big 12 titles offer Lincoln Riley and his Sooners a certain clout that the in-state schools simply can’t match. The SEC, rightfully or not, is a real selling point to young prospects who all aspire to reach the NFL and play for national championships. Fisher is the only in-state head coach who’s won a national championship as a head coach.

All three finished within the top six of the recruiting rankings in 2019 — Texas ranked third, Texas A&M fourth and Oklahoma sixth. There’s no real difference in the overall classes. The numbers are mostly arbitrary and came down to adjusted rankings after the 2018 season. We took a look at the offense yesterday and continue with the defense below.

Oklahoma has been one capable defense away from truly competing for the national title the past two seasons despite reaching the playoffs with a Heisman Trophy quarterback leading historic offenses. Oklahoma hopes it has addressed the issues on the defensive line with the 2018 and 2019 classes. A couple of this year’s seven commits could wind up at linebacker. Stripling, Ugwoegbu and Roberson are Texans and were members of the Fabulous 55.

Texas A&M’s defensive line class jumps the Longhorns if Braedon Mowry or Josh Ellison qualify and arrive on campus this summer. Leal is the best player in the group by a wide margin, but Texas gets the nod with a four-man class. Jones is a JUCO product who should help in 2019. Sweat and Warren are potential stars, while Mpagi is already on campus.

The Oklahoma numbers could be misleading if one or two of the defensive end signees transition to the linebacker position. As currently listed on recruiting sites, the Sooners didn’t sign a single true linebacker prospect. That leaves the four-man classes signed by the Longhorns and Aggies.

Brown was the highest-ranked linebacker signed by A&M. The inside linebacker from Alabama is the No. 355-ranked overall prospect in the class. Texas’ signing of Floyd, a four-star ranked inside the top 70 in the nation, gives Texas the slight edge. Floyd is the true game-changer in this discussion with the numbers and talent-level even across the board.

Young is a potential star whether he stays at cornerback or transitions to nickel or safety. He’s a big-bodied corner that won’t struggle with the physicality required to play the position in the SEC as long as his speed is on par. Blades instantly makes the Aggies’ secondary better with his 6-2 frame. He was the No. 1-ranked JUCO cornerback.

Second and third is a tossup between Texas and Oklahoma. Watson is the highest-rated of the collective four signees, but the duo of Washington and Davis are both considered national top-250 prospects in the nation. The wildcard is Caldwell, who missed most of his senior season with a labrum injury.

Williams and Richardson were the top two safety prospects in the state and both chose Texas A&M early in the process. The two will fit well together in the Aggies’ secondary. Williams is a roamer who can cover and excels in zone coverage. Richardson is an enforcer who can play in the box or as a deep safety.

Texas’ group possesses a ton of potential in the athletic Owens and Adimora, but the floor is higher for the three signees in Norman. Morris is a versatile safety while Criddell is an athlete who should fit well in the Big 12. DeArman is a wildcard who is listed as an athlete and could end up at wide receiver.