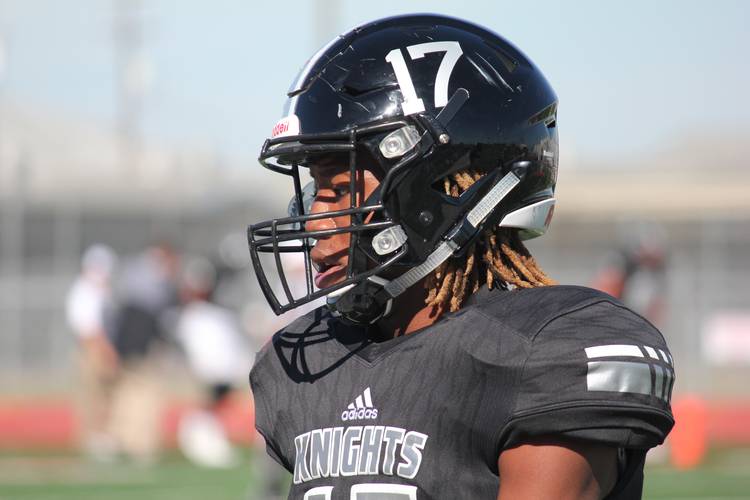 Two weeks away from kickoff for the Texas high school football season, it’s time for an updated 2020 Fabulous 55. Not much has changed at the top, as eight of the previous top-10 ranked prospects are still in the top 10. And Galena Park North Shore running back Zachary Evans remains the top-rated prospect in the state. The five-star is one of just 13 members on the Fab 55 that are uncommitted.

Early commitments are the storyline of the 2020 class. Forty-two members of the Fab 55 are already committed. Both Texas and Texas A&M hold pledges from three prospects in the top 10. A&M gained early commitments from wide receiver Demond Demas and defensive back Jaylon Jones, then added quarterback Haynes King in July. Texas’ top prospects are Ja’Quinden Jackson, Vernon Broughton and Hudson Card.

The Longhorns did their heavy lifting in July and August as the 2020 class grew from six members to 15 in a span of eight weeks. Texas now leads the way with 10 commitments on the Fab 55. Texas holds the sixth-ranked class in the nation, per 247Sports’ composite ratings, ahead of Texas A&M and Oklahoma. The Sooners have seven commitments on the list, while A&M sits at five.

Tight end Jalin Conyers, running back Kevontre Bradford and quarterback Chandler Morris are the three new members on the list. Conyers is a small-school tight end committed to Oklahoma, while Morris is a state champion who impressed at The Elite 11 and The Opening Finals over the summer. Bradford is an electric back from Lancaster.