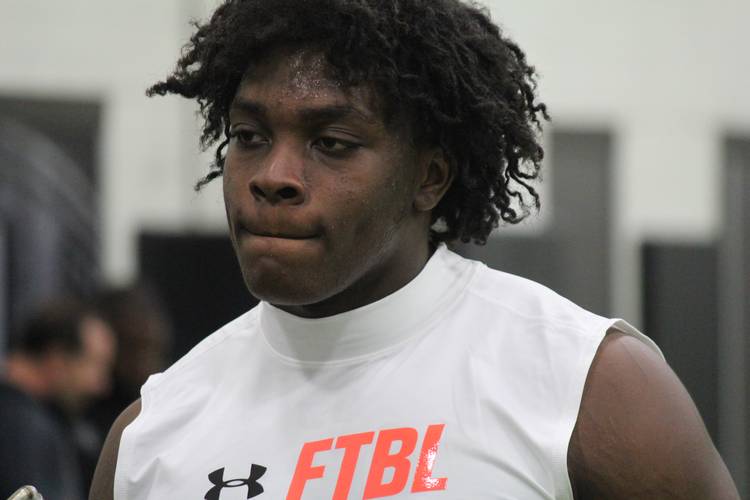 Here are five high-priority offensive targets for the Longhorns in the 2021 class.

The top player on the board for Texas in the entire 2021 class is a Texas legacy. His dad, Blake, was a starting offensive lineman for the Longhorns who went on to play in the NFL. His brother Luke is a current linebacker on UT’s roster. Tommy is simply a can’t-miss prospect for Tom Herman’s program. His twin brother James is Texas’ top target at center.

The Longhorns want Duncanville to be a pipeline program despite the recent loss of assistant Rashaad Samples to SMU. Texas already holds a commitment from 2020 quarterback Ja’Quinden Jackson and is the favorite to gain the pledge of safety Chris Thompson Jr. when he picks a school on Aug. 1. Byrd is among a talented junior class at Duncanville. His overall athleticism and frame make him an intriguing prospect.

The state of Texas is again home to the nation’s top running back prospect with Wheaton ranked as the top prospect at the position on 247Sports’ composite ratings. Galena Park North Shore’s Zachary Evans holds the same claim in 2020. The Longhorns want Wheaton, a dynamic back with explosive speed. He averaged nearly 10 yards per carry and scored 14 rushing touchdowns as a sophomore.

Earle is an elite slot receiver with incredible quickness in tight spaces. He’s the type of player who can contribute on offense as a receiver and on jet-sweeps, as well as on special teams. He was the newcomer of the year in District 5-5A Division II as a sophomore. He caught 65 passes for 1,090 yards and 16 touchdowns as a receiver, adding 266 yards and three touchdowns as a rusher.

Davis isn’t ranked yet, but that will change quickly as the Everman native gets more publicity. He can play wide receiver or tight end. He was a first-team all-district selection at receiver as a sophomore. His stocky build suggests a possible move to tight end or H-back if he chooses Texas. He could easily reach 240 pounds by the time he graduates from high school.