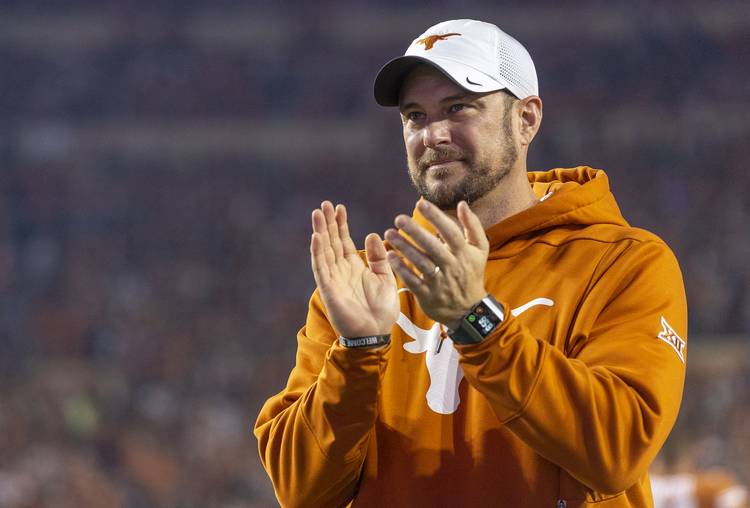 Summer camps often result in new offers. That held true for Texas over the weekend as the Longhorns extended new offers to a handful of prospects. A four-star cornerback in the 2020 class who picked up an offer from Texas in June also named Texas among his finalists. It was an important weekend for the future of the Texas football program under Tom Herman. Let’s dissect the new names on the offer list.

The Longhorns vaulted into Pouncey’s top five after extending an offer on June 7. LSU followed on June 11. Pouncy holds 21 offers and is considered one of the best 15 best cornerback prospects in the country by every recruiting website. Texas’ advantage with Pouncey lies in family ties. His older brother, Jordan, is a Longhorns wide receiver. Pouncey is a long, rangy cornerback who excels in man coverage. He recorded 21 pass breakups and eight interceptions as a junior, returning three for touchdowns. Expect him to take an official visit to Texas before announcing a decision, which could come during the season.

Campbell is a future member of the Fabulous 55. His stock is rising this summer as he attends camps across the nation. He’s picked up offers from five schools in the past six days, including one from  Texas A&M on June 13 and Texas on June 15. Campbell says Texas was his dream school growing up and an early offer puts Texas squarely in the mix for one of the state’s top running back prospects in 2021. Early momentum at that position would be welcomed for Texas since the Longhorns missed on some key targets in 2019 and were left off the finalists list for five-star 2020 running back Zachary Evans. Campbell rushed for 676 yards and five touchdowns on just 131 carries as a sophomore. He caught 13 passes out of the backfield.

The state of Texas is in a linebacker drought. That ends in the 2021 class with a handful of four-star talents. Harris is one of those potentially elite prospects because of his length and speed. He could grow into a middle linebacker. Harris was the District 9-5A Division I Newcomer of the Year as a sophomore after posting 83 tackles and 4.5 sacks. Harris picked up offers from Texas and Texas A&M in a three-day window after camping at both schools. Harris is now one of three outside linebackers in the 2021 class with a UT offer, joining fellow Texan Clayton Smith and California’s Jonathan Flowe.

Roberts is a move-in from Kansas and is likely to start at guard for the defending Class 6A Division I state champions. He’s a big, aggressive lineman who should fit well in the hard-nosed culture of Galena Park North Shore football. Texas hasn’t done so well at the east Houston powerhouse, missing out on Evans and offensive lineman Damieon George in the 2020 cycle. It doesn’t look to be in play for Shadrach Banks, a talented athlete who is also in the 2021 cycle. Roberts is another chance for Texas to gain entry into a North Shore pipeline.

#AGTG Extremely Blessed to receive an offer from The University of Texas #HookEm pic.twitter.com/vrlLbbcfYF

The early leader for the top wide receiver prospect in Texas for the 2022 class goes to Winfield, who is already a grown man on the football field with a long list of elite offers. He’s the first receiver in his cycle to pick up an offer from Texas and only the eighth prospect in the entire class to receive an offer from the Longhorns. That means the staff views him as a special talent since Texas is notorious for waiting longer to offers than most power schools. Winfield caught 27 passes for 376 yards and three touchdowns as a freshman.