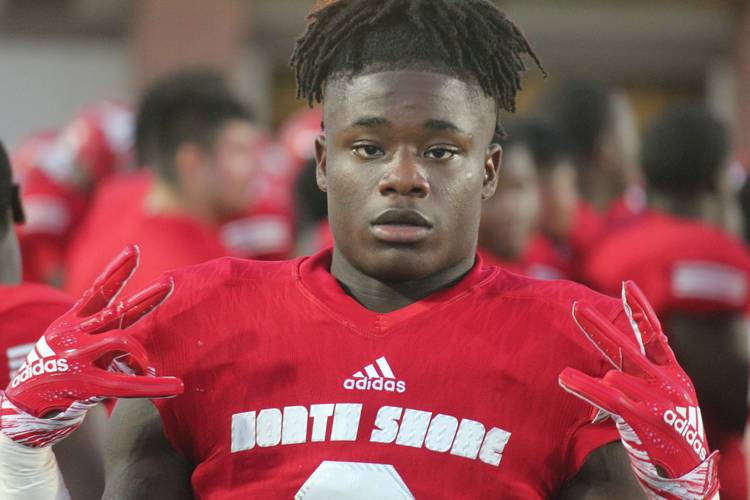 Texas’ win in the Sugar Bowl should jump-start the efforts on the recruiting trail this offseason if the thoughts of the Longhorns’ 2020 and 2021 targets are any indication. The Longhorns, and Sam Ehlinger after the game, announced they were back with the emphatic and physical victory over Georgia. Texas will enter the 2019 season ranked in the top 10 and as the Big 12 favorites.

Texas missed on some of the top talent in the state during the 2019 cycle. That happens when a program falls off for 10 years. But the trajectory is pointing in the right direction after a 10-win season and a beatdown of an SEC power that made a case to reach the College Football Playoffs.

“The Sugar Bowl showcased Texas’ biggest win of the season,” said 2020 offensive tackle Chad Lindberg. “It was a good win against what I think is the second-best team in college football.”

Lindberg is a top priority for the Longhorns in the 2020 class. Texas is off to a strong start along the offensive line with the pledge of four-star interior lineman Logan Parr of San Antonio O’Connor. Parr is in constant contact with Lindberg and a pair of fellow UT offensive line targets.

“I’m recruiting Lindberg, Jake Majors and Damian George,” Parr said. “We all have a group chat that we talk in daily. We’re really getting to know each other.”

All four of those players will be members of the 2020 Fabulous 55 when it publishes in February. Texas signed just one offensive lineman during the early period of the 2019 cycle and need a good class in 2020 and 2021. Another name to know is Jaylen Garth, who was a teammate of 2019 signee Roschon Johnson at Port Neches-Groves.

The Charlie Strong era ended three seasons ago with a loss to Kansas and no bowl appearance. Herman was hired and helped the Longhorns to a seven-win season and a victory over Missouri, another SEC squad, in the Texas Bowl. The Longhorns rebounded from a season-opening loss to Maryland to reach 10 wins and show the younger players in the state what Texas football looks like at its best.

Remember, a 17-year-old prospect wasn’t old enough to watch Vince Young claim a championship. They probably barely remember the Colt McCoy days. Winning may seem like a birthright to some Texas fans, but it isn’t a reality these young prospects knew as youths.

“It was a great win and I think Texas had a great game plan and surprised people who don’t watch them often,” said sophomore sensation Shadrach Banks of Galena Park North Shore. “Texas is only getting better from here. That was just the start.”

A pair of local defensive linemen in the 2020 class also took notice. Four-star prospects Princely Umanmielen of Manor and Alfred Collins of Bastrop Cedar Creek watched the game attentively as both prospects hold an offer from Texas and list the Longhorns among their favorite schools.

“I felt like they pretty much dominated Georgia the whole game defensively,” Umanmielen said. “If Texas can play like that every game next season, they’ll be in the playoffs.”

Collins is a Texas legacy. His mom played basketball for the Longhorns.

“It was a hard fought and deserving win,” he said.

The top prospect in the 2020 class is five-star running back Zachary Evans. He’s fresh off a state championship and is now in Orlando for the Future 50 Camp sponsored by Under Armour.

“It was a great game against a great defense,” Evans said. “I watched the offensive line and those boys are showing great improvement.”

Much is made of conferences in recruiting. Duncanville safety Chris Thompson Jr. thinks the Longhorns made a statement.

“I believe the SEC felt the Big 12,” he said. “This game proved that the SEC isn’t the only conference with dogs.”