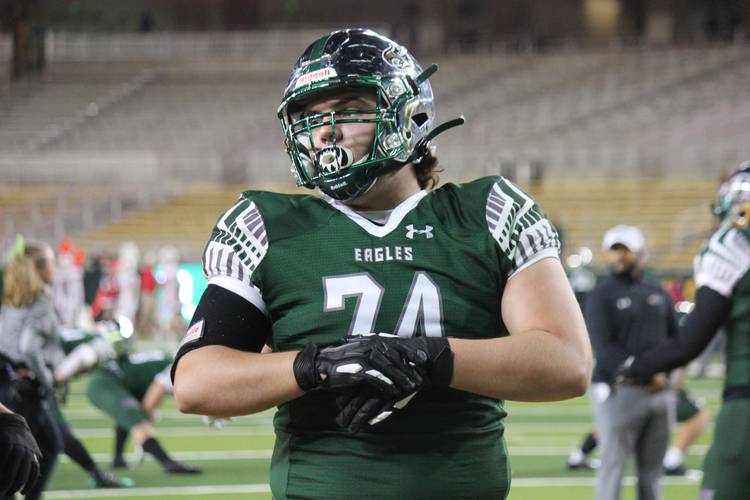 WACO — Help is on the way. Texas closed out its regular season at 7-5, a disappointing year for everyone involved. Still, the young commitments across the state continue to back Tom Herman and his vision in Austin.

The latest to assert his pledge to the Longhorns was four-star offensive lineman Jake Majors. He left no doubt about his status following Prosper’s playoff win over The Woodlands on Saturday at McLane Stadium in Waco, the night before Herman shook up his coaching staff.

“We got big things coming and we’re all solid. We love Texas and where it’s going to be,” Majors said. “I know it is frustrating (for the fans) because it is also frustrating to me, but I have faith in everybody at Texas.”

Players tend to be more understanding about losses than fans. The players know the adversity faced in every game. They also understand the power of injuries and the process of turning around a program. Only the adults think the sky is falling in Austin. The kids understand a bad season is simply a bad season.

“It’s 100% easier to understand the struggles as a player compared to a fan’s perspective. It’s not going to be perfect,” Majors said. “Texas isn’t where it used to be and it’s a process to get it back.”

Majors understands the difficulty of building a program because he’s experienced it himself at Prosper. The program was always overshadowed by district mate Allen and the other power programs north of Dallas. No longer. Prosper is still alive and could win a Region I championship in Class 6A Division II with a win over Rockwall on Saturday.

“One of the best times of the year is practicing on Thanksgiving. That’s been a goal at this program for awhile, and we did that,” Majors said. “I’m proud of everybody on the team, but we’re not done yet.”

Majors is listed at 6-3 and 283 pounds. He’s ranked as a center on recruiting sites despite playing left tackle at Prosper. He’s set to move inside under offensive line coach Herb Hand, but he’s not sure whether his future is at guard or center. It’s likely that he’ll be coached to play both positions early in his UT career. He picked Texas back in January.

Right now, the focus remains on the state playoffs. Majors plans to sign in December and enroll next summer. It’s Prosper versus the world until that date.

“Our motto around here is young swag versus the world. Our own community didn’t even believe in us,” Majors said. “ We only need the people in our locker room to believe.”

Majors is one of four offensive linemen pledged to the Longhorns for 2020. He’s joined by Jaylen Garth, Logan Parr and Andrej Karic. Karic, from Southlake Carroll, is also still alive in the state playoffs. Garth missed his senior season with a leg injury.

“We’re a close group. I talk to Parr basically every day,” Majors said. “We’re just ready to get there and put in the work.”