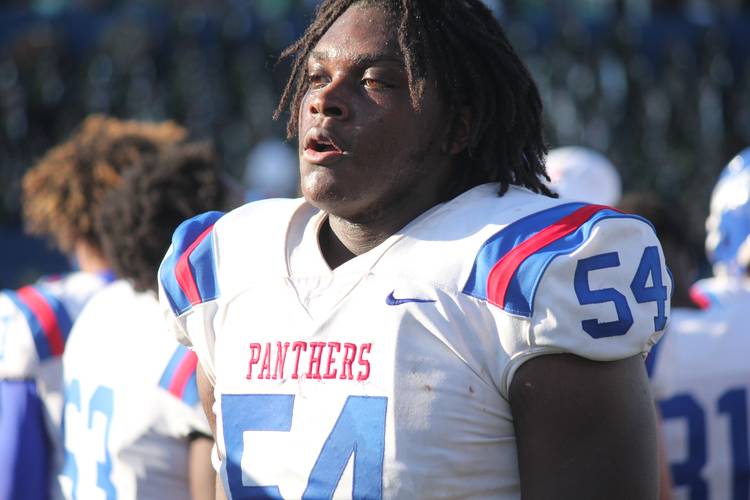 Commitments keep pouring in across the country despite the no-visit rule imposed on coaches and players until July 31 due to the pandemic. Only eight of the top 20 players on the 2021 Fabulous 55 are uncommitted entering mid-June. Thirty-two of the 55 players on the list are already pledged to colleges with 12 of those committed to out-of-state programs.

This fall could resemble the Wild West if travel restrictions are lifted. The lure of official visits would test the steadfastness of each commitment for every program considering this group of recruits didn’t get a chance to travel to campuses in the spring or summer.

Many things can change between now and signing day, but let’s take a look at where the uncommitted players in the Fab 55 are leaning as high school practices resume throughout Texas.

This is gonna be an incredibly hard decision.
FINAL 5@GeauxEdits pic.twitter.com/5gI0f5m81A

It’s always hard to bet against Alabama if the Crimson Tide and Nick Saban dedicate real time and effort into recruiting a player. Brockermeyer is essentially the perfect prospect. That doesn’t mean he’ll become a Hall of Fame tackle, but it’s easy to see why every program in the nation wants the 6-6 son of former Longhorn and NFL lineman Blake Brockermeyer. Tommy comes from proven stock, possesses the requisite height and length to handle edge rushers, and already carries nearly 300 pounds without losing his athleticism.

Texas does possess advantages in the race considering the family history. Blake Brockermeyer’s oldest son, Luke, is a linebacker at Texas. Still, the recent success of Alabama is an undeniable wildcard for the Crimson Tide. I’d place my money on Alabama if Tommy were forced to decide today. He and his twin brother, James, a four-star center, might commit to Alabama before the end of the summer. But it is hard to envision a scenario where Texas doesn’t get one final shot late in the cycle to swing the Brockermeyers back toward burnt orange, especially if Texas experiences success in 2020.

Foster is a two-sport star who wants to compete as a thrower on his college track and field team. His main sport is football and he’s earned the nickname of “The Mountain” in reference to a monstrous character on the HBO series “Game of Thrones.” Foster is a big, strong lineman who uses his power and compact frame to bully defenders at the point of attack.

Foster is a teammate of Texas commit Hayden Conner, who starts at left tackle for Katy Taylor next to Foster at left guard. The two friends might find themselves on the opposite side of the Red River Rivalry game for the next four or five years if the Sooners remain the leader for Foster.

The Mustangs are becoming a real recruiting threat in Dallas in much the same way the University of Houston capitalized on local talent under the direction of Tom Herman, signing five-star Ed Oliver. SMU already holds a commitment from Preston Stone, the highest-rated quarterback on the Fab 55. Adding Byrd would be a tremendous win for SMU, and building a pipeline into Duncanville would be an even bigger success.

Byrd is an athletic tackle prospect who spent his junior season playing defensive tackle for a program that reached its second straight Class 6A Division I title game. Texas is in the race with his former quarterback, Ja’Quinden Jackson, set to enroll at UT when athletes are officially allowed back on campus. LSU is also in the mix.

Burris is listed as a defensive end on some recruiting services, but he’s likely to move inside permanently to defensive tackle in college unless he plays in an odd-man front. In a four-man front like the one utilized at Oklahoma, Burris projects as an athletic three-technique defensive tackle who is strong enough to take on double teams and athletic enough to create disruption in the backfield.

A&M needs running backs more than Texas and that should play in the Aggies’ favor with Johnson, who would see the field faster at A&M than at Texas, where the Longhorns sport an impressive stable of backs. Johnson is Texas’ first choice at running back in the cycle and I have him ranked above Garland Lakeview Centennial’s Camar Wheaton despite their national rankings, but A&M is in great position heading into the season.

I’m not sure Wheaton knows who his favorite is right now, so this is a guess. Like many players in this class, including some of the committed ones, Wheaton wants to get to campuses for visits and is likely to take those visits, if allowed by the NCAA, even if he is committed to a program. Texas wants one of the top-two in-state running backs in the class and Wheaton seems more open than Johnson, who is an A&M lean as described above.

The one-time Alabama commitment is expected to pick Oklahoma. McCutchin never considered the Longhorns despite an early offer and the proximity to campus. He’s the highest-rated cornerback on the Fab 55 and would be a big get for Oklahoma.

Ibraheem announced last week on social media that he’ll pick a school this coming Monday. Texas is the overwhelming leader heading into the weekend. Four-star safety JD Coffey also is expected to pick the Longhorns on Monday, too. Ibraheem is an incredibly athletic corner with the ideal size to cover big receivers on an island. He’s raw, but he’ll remind fans of current starter Jalen Green.