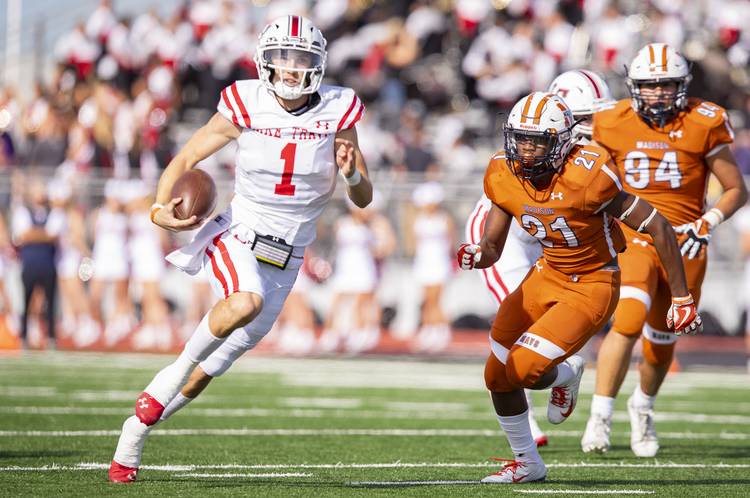 The Elite 11 and The Opening Finals gets started Saturday and concludes on Sunday. Three Texas commits are expected to attend. The state is sending 21 prospects to the event, including one 2021 prospect in offensive tackle Donovan Jackson of Houston Bellaire Episcopal.

Majors plays tackle at Prosper, but he’ll spin inside at Texas to play guard or center. He’s a bull of a blocker who is better with pads on than he is in these camp settings. Majors can prove he’s the top center prospect in the 2020 cycle with a strong showing against the best defensive tackles at the event. Majors won’t need to deal with the speed rushers on the outside that could give Majors problems with their speed and length. It’ll be a test of strength and technique for Majors during his time at The Opening, which are areas in which he excels.

Parr is another high school tackle readying for a move inside to guard or center. He’s another player who could rise in the rankings with a strong showing against the best defensive tackles in the country. Prospects from San Antonio tend to need strong performances at these camps to gain respect in the rankings due to not playing against high-level competition from Dallas and Houston. It’ll be a good test for Parr. He’s a solid pass rusher with good feet, but he’ll need to prove strong enough to handle the biggest defensive tackles.

Card is the No. 2-ranked dual-threat quarterback in the 2020 cycle, per 247Sports’ composite rankings. He’s the first Texas quarterback commit to reach the Elite 11 since Sam Ehlinger in the 2017 cycle. Card can solidify his reputation as one of the top quarterback recruits in the class with a strong showing in Frisco. He’s a special prospect who was athletic enough to post more than 1,000 yards receiving as a sophomore before transitioning to quarterback last season.