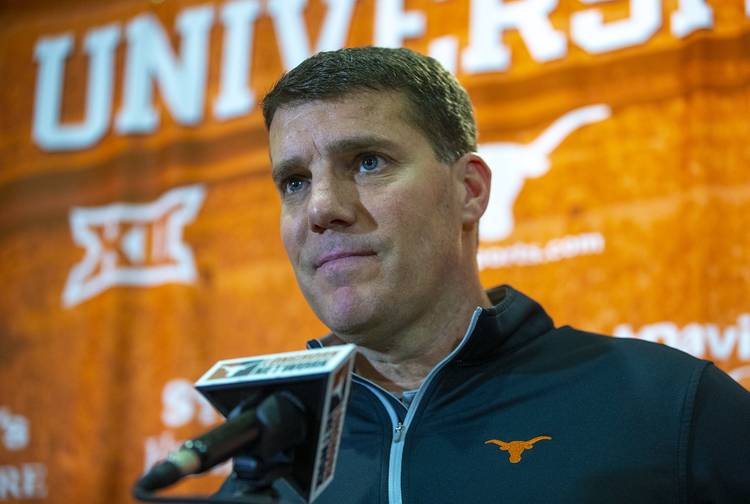 Recruiting linebackers has become a tricky proposition as the high school game has evolved toward spread offenses, which in turn required defensive coordinators to play their best athletes as edge rushers or safeties. Texas has struggled to recruit linebackers over the past decade because the state is failing to produce quality depth at an overlooked position.

The Longhorns’ highest-rated linebacker since signing Jordan Hicks in 2010 was De’Gabriel Floyd in 2019, an out-of-state prospect who was forced to give up football due to stenosis. Hicks also was from out of state.

New defensive coordinator Chris Ash appears ready to de-emphasize the need for as many linebackers with the move to a 4-2-5 scheme that bases its success on rushing the passer and flooding the field with speed. Even one of the projected starters at linebacker this fall is DeMarvion Overshown, a former high school safety. Tyler Owens might also transition from safety to linebacker.

Ash hopes his first linebacker commitment at Texas is the prototype for his vision at the position. Four-star outside linebacker Morice Blackwell chose UT over a dozen other Power Five offers, including Alabama and Georgia. The Arlington Martin product is the 22nd-ranked outside linebacker in the country, per 247Sports’ composite ratings. Blackwell recorded 128 tackles, including 13 for loss and two sacks, as a junior. He earned District 4-6A MVP honors last year and was the district’s sophomore of the year in 2018.

Other linebackers Texas is looking at:

Texas was one of Cooks’ last unofficial visits before the travel restrictions were put into place and he left that visit favoring the Longhorns due to his growing relationship with Houston-area commitments like Derrick Harris Jr. and Jalen Milroe. Cooks hasn’t pulled the trigger and is likely to wait until he can take official visits before making a college decision. Texas is also home to his former teammate Xavion Alford, who signed last December.

Cooks is the Longhorns’ top priority at the position. He’s the perfect fit for what Texas wants its linebackers to be: Versatile, fast and aggressive. It’ll be as important to run down ball carriers and cover in space as it will be to plug the A-gap against teams trying to run. Cooks was a second-team all-district player for an Alvin Shadow Creek squad that claimed the Class 5A Division I state championship over Denton Ryan, which included a pair of future Longhorns in Billy Bowman Jr. and Ja’Tavion Sanders. Cooks finished the season with 72 tackles and three forced fumbles.

Blackshire is the type of prospect that Texas’ new staff simply doesn’t covet in the same way as other defensive systems. Blackshire is an awesome prospect, and no one at UT would argue otherwise, but he’s not a fit within the Longhorns’ scheme. He is likely destined for the SEC, though the Dallas native is high on Baylor and Oklahoma. He missed his junior season with an injury, and the main question mark for coaches and scouts is whether he’s fast enough to cover running backs and get sideline-to-sideline against athletes in space.