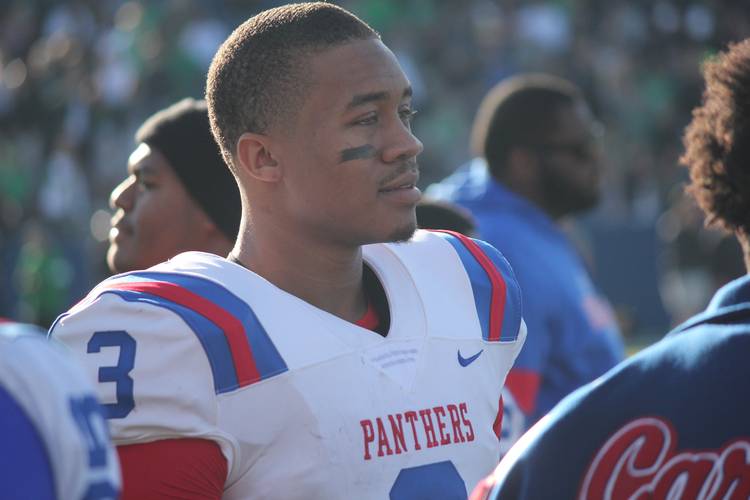 The 2020 Fabulous 55 receives its winter update with the early signing period looming. Seniors can sign national letters of intent from Dec. 18-20 or wait until national signing day in February. The past two years indicate most of the list will sign in December, including the 10 remaining uncommitted prospects.

Only two of the top 20 players on the list are uncommitted, including Galena Park North Shore running back Zachary Evans, the No. 1-ranked player in the state. The five-star from Houston is the consensus top pick for the state’s top prospect and is considered the best running back in the country by 247Sports’ composite rankings.

Evans holds 44 offers and isn’t expected to announce until the Under Armour All-Star Game in Orlando on Jan. 4. The schools in the running include LSU, Texas A&M and Georgia.

The top five is rounded out by Cibolo Steele defensive back Jaylon Jones, Denton Ryan outside linebacker Drew Sanders, Tomball wide receiver Demond Demas and Duncanville quarterback Ja’Quinden Jackson. Jones and Demas are pledged to Texas A&M. Sanders is headed to Alabama, while Jackson is Texas’ top-ranked commitment on our list.

The Longhorns lead the Fab 55 with 13 commitments. It’s an impressive haul considering a 7-5 regular season and expected changes at the coordinator position on each side of the ball. The class is small, but talented. Thirteen of Texas’ 16 in-state commitments made the Fab 55. Jackson is joined in the top 20 by Houston Cypress Ridge defensive tackle Vernon Broughton, Lake Travis quarterback Hudson Card, Temple wide receiver Quentin Johnston, Highland Park pass rusher Prince Dorbah and Alvin Shadow Creek safety Xavion Alford.

Oklahoma is second on the list with seven players, including top-20 pledges Jase McClellan, Nate Anderson, Jalin Conyers and Seth McGowan. The Big 12 leads all conferences with 26 commitments. Baylor is third in the conference with a pair of pledges in Jahdae Barron and James Slyvester. TCU, Oklahoma State, Texas Tech and Kansas hold commitments from one player on the list.

RELATED: The Dotted Line: Texas commit Ja’Quinden Jackson, to fans — ‘you got a dog coming’