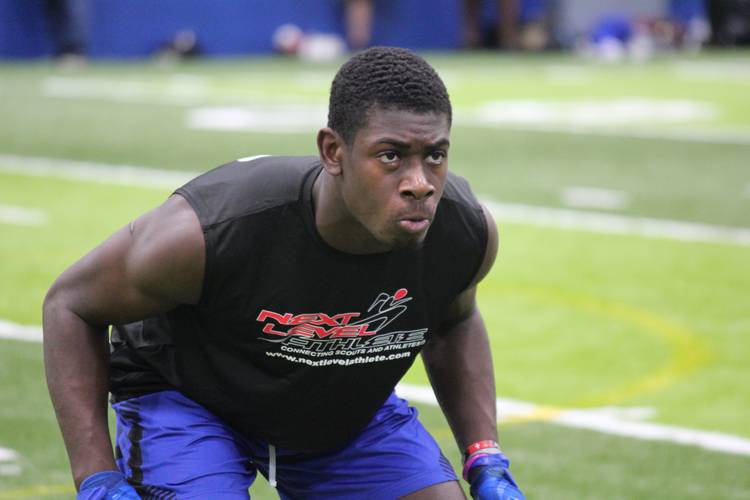 As the coaching staff switches its full attention to 2021, we continue to look at where the Longhorns stand at each position, continuing with linebackers. We’ve broken down the outlook at quarterback, running back and defensive line in previous editions of The Dotted Line.

Texas needs an influx of talent at linebacker.

The defense under new coordinator Chris Ash should resemble a 4-2-5 with two linebackers roaming the middle of the field behind a four-man front. Former linebackers Joseph Ossai and Byron Vaughns are moving to the “Jack” position, which is an edge rusher who can be used to create havoc in the backfield.

The new scheme also could impact the long-term position for Dorbah. The four-star from Highland Park was expected to move to linebacker, but the former prep defensive end could find himself at the Jack position as the heir apparent to Ossai.

Linebacker is the most important defensive position for Texas to recruit for 2021 because of the lack of depth and difference-makers on campus. Mitchell deciding against the transfer portal and the move of Overshown to linebacker should help in the short-term. The best linebacker Texas has signed in the Tom Herman era was De’Gabriel Floyd, who was forced to retire from football because of stenosis.

Texas technically holds a commitment from one linebacker in the 2021 class with Harris, a four-star from New Caney. He, like Dorbah, is best off the edge and could be destined for the Jack position. The Longhorns need traditional linebackers in the class with Cooks emerging as the top target due to his combination of size and athleticism. The Longhorns are also in pursuit of outside linebackers Smith and Blackwell.

Finding middle linebackers is a tougher task in modern recruiting with the influx of spread offenses forcing prep defenses to move their best players from the middle of the field to the edge. The Big 12 requires a different breed of middle linebacker with the up-tempo style preferred within the conference. Finding linebackers who are big and strong enough to handle interior linemen in the running game and run sideline-to-sideline isn’t easy.

Blackshire, out of Duncanville, is a throwback middle linebacker and the only in-state prospect at that position to hold an offer from Texas. He’s one of two middles with an offer from the Longhorns. Reid Carrico of Ohio is committed to Ohio State.