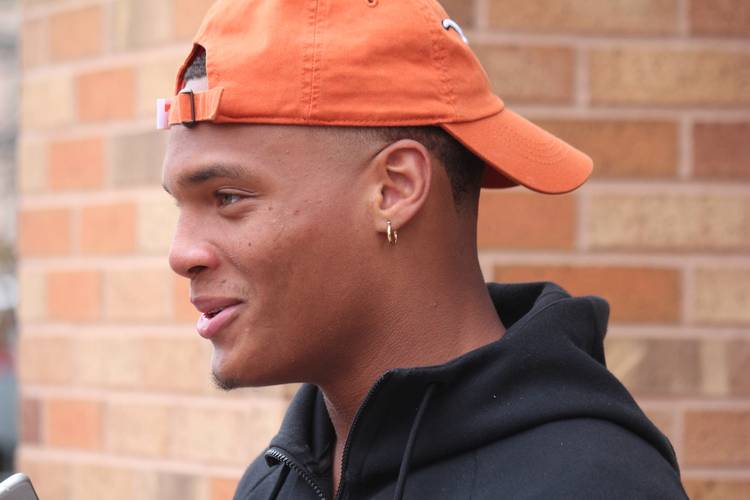 The Dotted Line is focusing on the 2021 Fabulous 55, breaking down the skill set and recruiting situations of each player on the list, continuing with Nos. 41-45:

Cade looks destined to play guard in college despite an all-district career at tackle. His strengths, which include power at the point of attack and moving downhill, would be highlighted with a move inside. His weaknesses, which include lateral movement and blocking speed rushers off the edge, would be masked after a transition to guard. As a tackle, Cade is a solid prospect with upside if he dedicates himself to the weight room and a strength and conditioning program. He needs to mold his 313-pound frame into muscle and away from bad weight.

The Longhorns like Cade’s upside and mentality. He’s a bruiser who enjoys punishing defenders. Texas needs an influx of bullies on the offensive line. Tom Herman’s program offered in December, while Cade picked up an offer from Alabama on Feb. 13. Texas’ offensive line coach, Herb Hand, likes Cade and considers him a real target behind the likes of Tommy and James Brockermeyer, Bryce Foster and Savion Byrd.

Drones made his mark in his first year as a varsity starter, leading Shadow Creek to a 16-0 record and a Class 5A Division I title as a junior. The dual-threat quarterback threw for 3,402 yards and rushed for an additional 825 yards, totaling 64 touchdowns. He was the offensive MVP in the state championship game victory over Denton Ryan. Drones’ top offers include TCU and Ole Miss. He picked up offers from Indiana, Vanderbilt and Pittsburgh in early March.

Neville is a high-upside receiver who has the ideal frame and speed to blossom into a prolific college player. He has moved around the Fort Bend area, playing his freshman year at Ridge Point, his sophomore season at Willowridge and his junior year at Hightower. Neville was the District 11-5A Division I newcomer of the year as a sophomore before recording 30 catches for 276 yards and a pair of touchdown catches. He’s one 23 receivers with a UT offer. He was on campus for a visit in January.

Green is a versatile receiver with the ability to play outside or in the slot. He and his twin brother, Blaine, hold UT offers. It’s an important recruiting cycle at the position for Texas, which is why Herman’s program has extended 23 offers at the position. That’s more than any other position. Bryson caught 65 passes for 966 yards and 11 touchdowns while struggling with injuries over the past two seasons.

Caston became a hot commodity early this year, pledging to Baylor on March 4 despite major offers and interest from power programs like Texas A&M, Florida and Miami. He has picked up 15 of his 16 offers in 2020, ending his junior season without a single offer until Illinois State offered on Dec. 23. Texas would likely offer if he shows cracks in his commitment to Baylor. He took an unofficial visit to A&M a week after pledging to Baylor.

As coronavirus impacts continue, Texas is bracing for cancellation of spring football