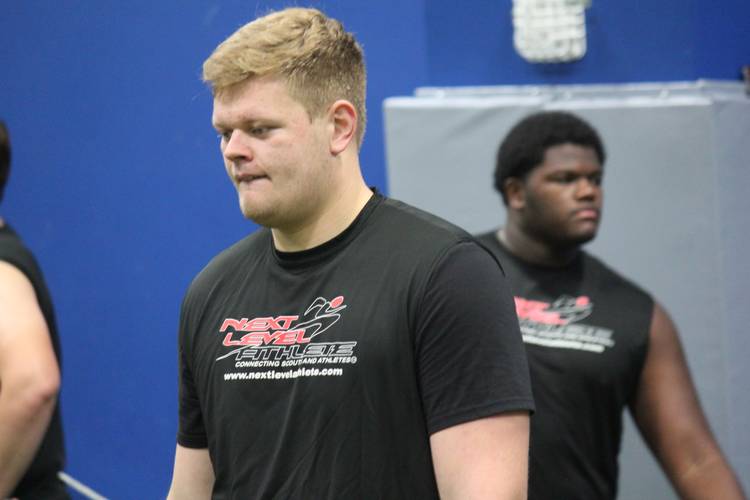 A spring game presents a program with the opportunity to recruit as much as it does a chance to improve as a team. The practices leading up to the Saturday’s Orange-White game is when the Longhorns have laid the groundwork for the 2019 season. Spring games are a showcase for fans. It’s also a showcase for recruits.

This cycle’s prospects were given an inconvenient decision as Texas, Texas A&M, Oklahoma and Baylor have all planned their spring games on the same Saturday. Those four programs fish in the same pond on the recruiting trail.

The rivalries extend far beyond the field, and recruits are taking different approaches. Cedar Creek defensive end Alfred Collins plans to attend the spring game at A&M during the afternoon before heading to Texas for the Orange-White game at night. For others, that schedule proved too busy. Oklahoma announced it would move its spring game to Friday due to weather forecasts.

“I want to spend time at a school when I visit, so it doesn’t make sense to just drop in and then head to another school,” said 2021 offensive tackle Hayden Conner. “I couldn’t fly out of town two weekends in a row, so I was planning on visiting Texas or Texas A&M. I was at Texas A&M two weeks ago.”

That’s a taste of the new normal for high-profile recruits. The offseason has vanished. Weekends not spent running track or participating at camps or in 7-on-7 tournaments are spent on the road, or in the air, traveling the country to find the perfect destination. A spring game gives prospects a small glimpse of a schools game-day atmosphere. Being forced to choose is frustrating.

“I wish they were on different days. Like, for real,” 2020 safety target Bryson Washington said. The four-star safety and Texas target was planning on attending Oklahoma this weekend. “I’m not sure why it happened that way. The recruits can’t go see the schools they want to see.”

That sentiment was echoed across the state.

“I low-key think they did it on purpose,” said Manor defensive lineman Princely Umanmielen, who will be in Austin on Saturday.

It’s no secret that Texas, Texas A&M and Oklahoma are the juggernauts in Texas recruiting. The trio signed top-six classes in 2019. The prospects want to compare the schools. An exciting visit to a spring game is hard to replicate on a non gameday, and the truth is most prospects are committing before their senior season and taking official visits in the spring now that the early signing period is the target date for national letters of intent.

“It’s certainly frustrating because there are multiple games I wanted to visit, but they’re all on the same day,” said 2021 offensive tackle Donovan Jackson. The five-star sophomore is attending Ohio State’s spring game on Saturday.

Texas expects to host dozens of top targets, and that number is likely to grow with Oklahoma moving its game to Friday. Rap artist Ludacis is performing. Priority targets like Prince Dorbah, Umanmielen and Tommy Brockermeyer will be in town, as will most of the 2019 signees who didn’t enroll early. There are multiple top targets who won’t be in Austin on Saturday, and choosing to attend one game over another shouldn’t be a sign fans read into across the state.

“It’s really tragic,” said Duncanville safety Chris Thompson. “I’ll be in Auburn, but I would be hitting multiple games if they were on different weekends. We all want to see the atmosphere. I wish I could go to a couple of more spring games for the experience.”