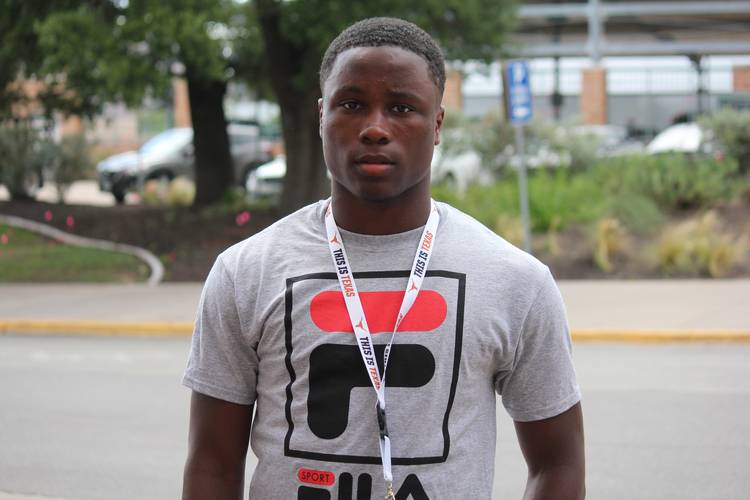 Texas ventured outside of the state without hesitation in the 2019 recruiting class, signing 10 prospects from outside of the borders. While head coach Tom Herman wants to build a national brand with players from across the country, he also knows that prospects from the state of Texas come first. It’s unlikely he’ll sign another class with double-digit recruits from outside the state.

Still, Herman won’t be restricted by the borders for elite prospects at positions the state of Texas hasn’t supplied in the cycle. The 2019 class was a combination of a down year within the state, some recruiting losses within it, and intrigued superstars like De’Gabriel Floyd and Jake Smith wanting to join before the start of their senior season.

The 2020 cycle won’t yield 10 commitments from outside of the borders, but there are at least six legitimate targets Texas is pursuing:

What makes him important: Texas loaded up on elite safeties in 2018 by signing Caden Sterns, B.J. Foster and DeMarvion Overshown. It’s time for Texas to prepare for the possibility that one or two of those players will leave early for the NFL with their current trajectories. Ransom is in the same mold of Sterns, a rangy safety with instincts and a nose for the football. He took his official visit to Texas last weekend and graded the visit with high marks. Expect Ransom to pick a school before the end of the summer. He’ll be at The Opening in Frisco at the end of June.

What makes him important: Texas signed consecutive top-three recruiting classes, so it’s hard to criticize the efforts of the staff without expecting perfection. The running back position is on notice, however. Texas couldn’t land Noah Cain or Trey Sanders in 2019. Texas was seemingly out of the running for five-star Zachary Evans before he turned up on campus Thursday for an unexpected unofficial visit. Texas won’t stop recruiting Evans despite him leaving out the Longhorns of his top five schools, but it’s unlikely Texas moves forward relying on his commitment. As it stands, Aledo five-star running back Jase McClellan is committed to Oklahoma. Texas needs to land at least one dynamic prospect at the position in 2020 and Robinson would qualify. He’s an every-down back with great vision and balance.

What makes him important: Ringo is the best cornerback prospect in the country and Texas is in danger of missing some of the in-state targets it prioritized early like Jaylon Jones and Joshua Eaton. Ringo is a big, powerful safety with track speed. He looks like a safety but plays with the quickness and hip fluidity to stay at cornerback in college. Texas did well in Arizona in the 2019 class when it signed Smith and Brayden Liebrock. Ringo is among a trio of Arizona prospects Texas is targeting alongside Robinson and Ransom.

What makes him important: There’s a reason Texas allowed Cooper to commit so early in the process. He’s an electric talent with the type of after-the-catch ability the Longhorns are lacking on the offensive side of the football. Herman’s offense works best when equipped with speedy slot receivers. Cooper is the type of player Texas wanted in current Purdue star Ronald Moore. The fact that Texas is still considered among his favorites and that he recently took in a trip to Austin gives the Longhorns hope of regaining the commitment of one of the nation’s best slot receivers.

What makes him important: Texas feels good about its position with in-state cornerback targets Kitan Crawford of John Tyler and Jahari Rogers of Arlington. The Longhorns want a third prospect at the position in the 2020 class with Pouncey a viable option because his brother, Jordan, plays wide receiver for Texas. The Longhorns must beat out SEC programs closer to home for his services.

What makes him important: The two best wide receivers in the stat are committed to Texas A&M. Landing a five-star from California with the same physical upside as Collin Johnson would offset those misses and the loss of Bru McCoy. Wilson is another target that is attending The Opening Final in Frisco at the end of the month. The Longhorns have a shot if the big wide receiver can be convinced to leave the West Coast.