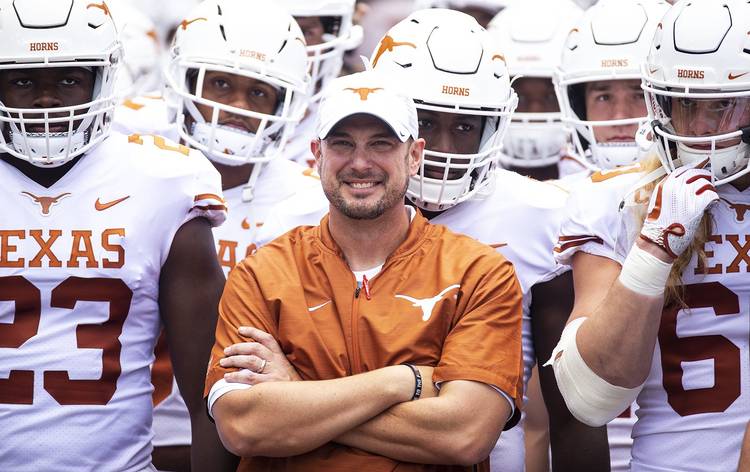 Don’t expect that to become the norm. The Longhorns will always concentrate on Texas first under head coach Tom Herman. All four of the current commits in the 2020 class play inside the state, as do most of the Longhorns’ top targets in the cycle.

Still, Herman wants his program to expand on its national brand. One way to capitalize on the football success is to recruit top-rated players across the nation. Texas is building pipelines in California, Arizona and Georgia. Herman’s program can cherry-pick prospects that the state might be lacking in a given cycle.

Texas will recruit out of the state even in a talent-rich cycle inside the state like in 2020 and 2021. Some of the need is out of necessity because it is impossible to land all of the top in-state talents with competition from Texas A&M, Oklahoma, LSU and every other national program.

Texas made headlines by getting recruits like Bru McCoy, Jake Smith and De’Gabriel Floyd last class. Here are a trio of defenders to know in the 2020 cycle:

Ringo picked up an offer from Texas in April of his sophomore season. He’s a uniquely gifted cornerback with a rare blend of length, size and speed. He’s a powerful corner who specializes in man-to-man coverage and is great at jamming wide receivers and disrupting routes. He visited Texas this week and also in November of last year. The state lacks elite cornerbacks in the 2020 cycle; if he were a Texan, Ringo would be the state’s top cornerback prospect.

Inside linebackers are harder to find in Texas as spread offenses for those types of players tend to be bigger safeties or athletic defensive ends. The Longhorns went to California for an inside linebacker in the 2019 class when Herman’s program signed De’Gabriel Floyd. Flowe is the best inside linebacker in the country and the definition of the modern evolution of the position with his combination of size, physicality and athleticism. Competition for his services is fierce and getting him on campus for an official visit is the only chance Texas has to land him.

Smalls is a freakish athlete with all of the tools to become a three-down linebacker who excels at rushing the passer. He can play with his hand on the ground in a four-man front or stay standing in an odd-man front like the one used by Texas. He’s also athletic enough to cover running backs and tight ends. Like Flowe, Texas would need to get into Smalls’ top five and earn an official visit to stand any chance of landing him.