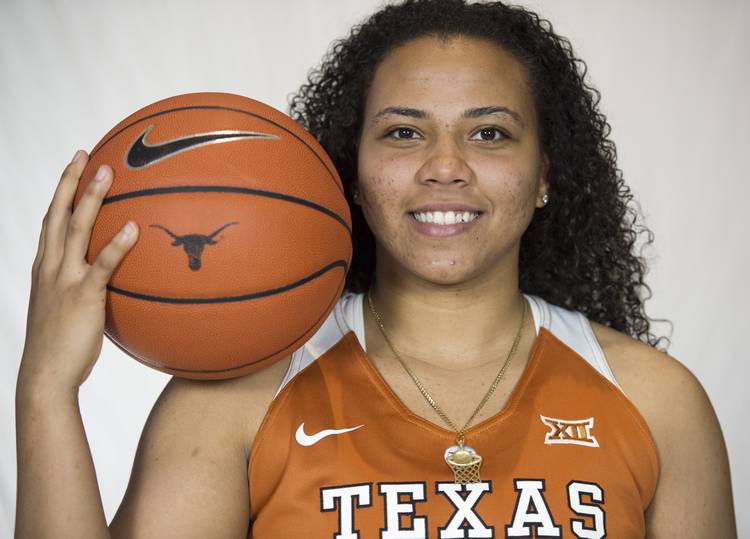 Destiny Littleton said she noticed a missing piece from the Texas lineup while watching the Longhorns’ Sweet 16 loss to Stanford during the NCAA Tournament last month.

The Longhorns, she said, needed a perimeter shooter to complement Brooke McCarty, their junior point guard.

Did Littleton have anybody in mind?

“Texas needed one more piece to push them over the edge,” said Littleton, the 5-9 shooting guard from La Jolla, Calif., just outside San Diego. “Brooke is a great player, but they needed one more dog. I was imagining how I would fit in. I thought I could help them.”

Littleton had already signed with USC. But she was upset because Trojans head coach Cynthia Cooper-Dyke, who had gone 70-56 in her four years there, resigned earlier in the month after a first-round loss in the Pac-12 tournament.

USC ended up granting Littleton a release from her scholarship, allowing her to pursue a new school.

On Wednesday morning, she shocked many within the women’s basketball community by signing with Texas. The player who averaged 46.1 points a game as a senior — believed to be the highest scoring average in the country — will soon compete for playing time alongside McCarty.

“When I first stepped onto the University of Texas campus, it felt like home,” Littleton said in a phone conversation from The Bishop’s School in La Jolla. “There’s no place like San Diego, but Texas is close. The coaching staff there is as united as any staff I’ve seen.”

Littleton made a visit to Austin last week and met with Longhorns coach Karen Aston, the UT staff and her future teammates. Guard Ariel Atkins was her host. She also spent time with assistant coach Tina Thompson, a Los Angeles native and USC graduate who played 18 seasons in the WNBA.

Thompson became a central figure in Littleton’s decision to transfer to Texas. Cooper-Dyke had told Littleton that Thompson would be an excellent coach to follow; Thompson and Cooper-Dyke were WNBA teammates in Houston when the Comets opened the league with four consecutive championships from 1997-2000.

“Cynthia told me she believed in Karen and Tina on and off the court,” Littleton said.

Texas is the only school Littleton visited after leaving USC.

Bishop coach Marlon Wells, who also is Littleton’s legal guardian, said there was one major difference between USC and Texas.

The additions of Littleton and Patterson, outstanding perimeter shooters, should benefit a pressing need for Texas. The Longhorns averaged 4.0 three-point shots made per game last year, last in the Big 12.

Littleton is California’s high school career scoring leader with 4,300 points. In Chicago last month, she competed in the three-point shooting contest before the All-Star games, an event Patterson won.

“With Chas and Rellah, no one will be sleeping on this freshman class,” Littleton said.

A look at which schools have compiled the most current number of McDonald’s All-Americans. Note: This list also includes this year’s Final Four teams, plus Baylor and Texas.