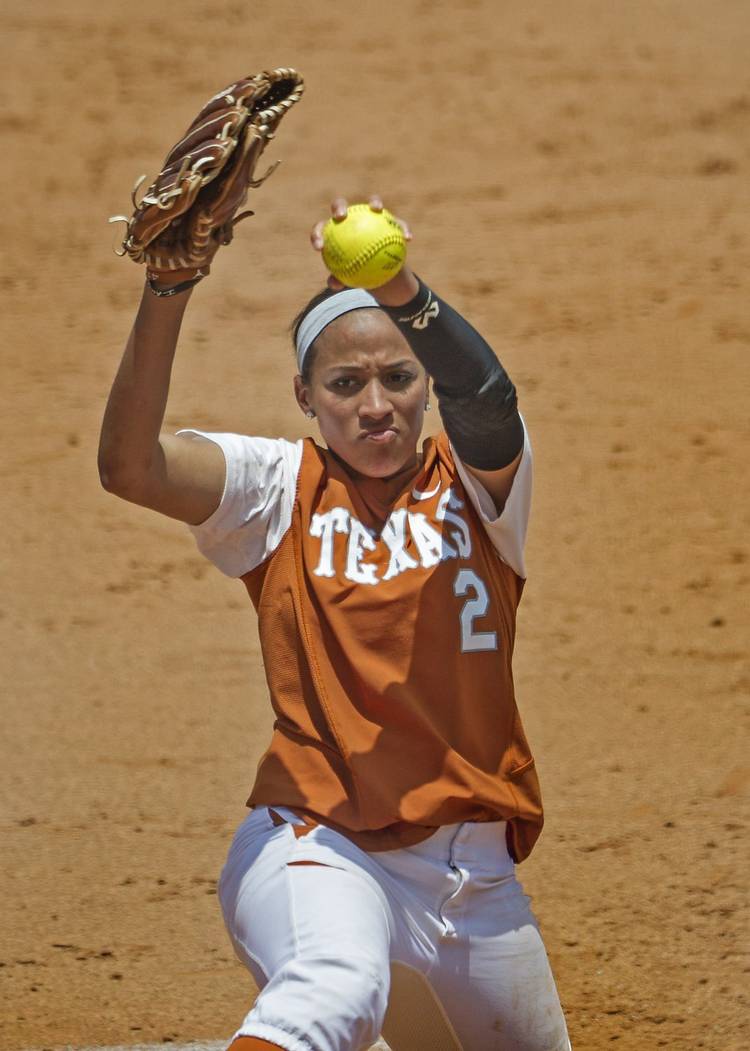 Erica Wright became the latest Texas softball pitcher to suffer the sophomore curse, but the Longhorns hope their pitching staff is deep enough that they won’t miss a beat in this week’s season-opening Texas Classic.

Wright, a right-hander from Huntington, is Texas’ returning leader in wins, shutouts, strikeouts, complete games and earned-run average. She was ruled out indefinitely on Tuesday with a rib injury.

Still, that’s “just a hurdle,” coach Connie Clark said. It’s a hurdle that Texas has had to deal with for the second straight year.

Tiarra Davis, who was the 2014 Big 12 freshman of the year, suffered a severe ankle injury early in her sophomore season. She made 20 appearances in the circle in 2015, but was nowhere near the level she showed the year before.

Now, however, a healthy Davis makes for a deep bullpen for Texas, which also has sophomore Kristen Clark and sophomore Paige von Sprecken, a transfer from the University of San Diego.

Davis will pitch in this week’s Texas Classic, but Clark said she won’t overuse her.

“Kristen and Paige will get some early looks; we will rely on them, along with Tiarra,” Clark said. “It’s (Wright’s injury) a hurdle. Obviously, we were relying on Erica to be in the mix. She had a great freshman campaign for us, and hopefully she will be back.”

Davis posted a 5-4 record in the circle as a sophomore with a 3.60 ERA and 52 strikeouts during her limited action.

“You learn how to be a better teammate and being a student of the game when you’re injured,” Davis said. “I’ve taken all that in and hopefully will use it to my advantage.”

This week’s Classic includes North Carolina, Arkansas and North Dakota State. More importantly, the games should indicate whether Davis is ready to fill the void left by Wright’s injury. The Longhorns, Clark is hoping, will find a way to replace Wright’s 18 wins, seven shutouts, 14 complete games, 178 strikeouts and 2.42 ERA from last year.

“Erica’s injury is just a piece of the puzzle that we have to deal with,” she said. “Our five seniors, they’ve faced hurdles before and they get it. We aren’t going to focus on what we can’t change and focus on going to battle with the 18 we have that are healthy.”