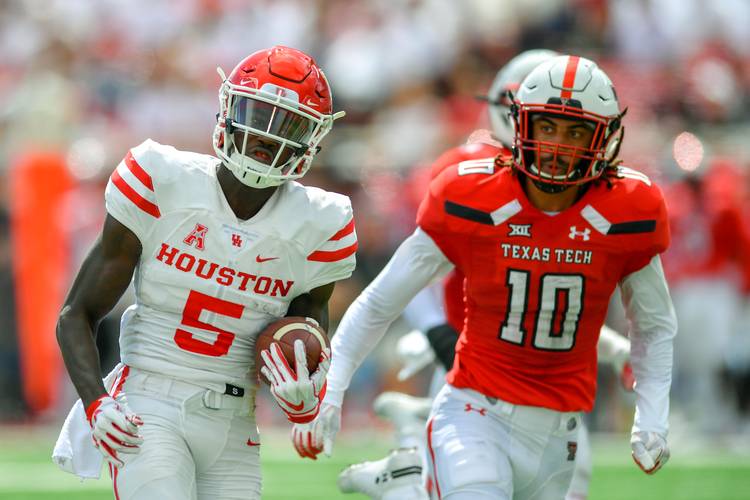 Marquez Stevenson #5 of the Houston Cougars gets past John Bonney #10 of the Texas Tech Red Raiders during the first half of the game on September 15, 2018 at Jones AT&T Stadium in Lubbock, Texas. (Photo by John Weast/Getty Images)

If the Longhorns need any restaurant recommendations this weekend in Lubbock, they know who to call.

When Texas travels for its prime-time showdown at Texas Tech, the Longhorns will be met at Jones AT&T Stadium by Red Raiders safety John Bonney, who played at Texas from 2014 to 2017 before departing the team as a graduate transfer. Bonney has started seven games this season.

“It’s a little strange, but I’m excited for the opportunity to see those guys again,” Bonney said this week. “Those are guys I’ve put a bunch of blood, sweat and tears in with. From the competitive side, I know they aren’t going to take it lightly.”

Bonney was a member of Charlie Strong’s first recruiting class at Texas. The Houston Lamar product started 13 times at cornerback in 2015 and 2016. He was moved to safety when Tom Herman took over in 2017; he was used that fall on special teams and in UT’s dime package.

With the Texas secondary returning key players and with the addition of highly-regarded recruits, Bonney appeared headed for another complementary role this season. He went through spring practices and one week of fall camp in August, but announced on Aug. 14 that he was leaving the Longhorns. Playing time wasn’t the only factor, Bonney said.

The split has been amicable. Bonney said Herman has been “a class act.” “John is a graduate of the University of Texas, gave us four years of his blood, sweat and tears,” Herman said Monday. “We’re very, very thankful to him for that.”

Bonney earned a degree in corporate communications from UT, so he was eligible to play immediately at Tech. He wanted familiarity with his new coaches, which led him to Lubbock. Red Raiders defensive backs coach Clay Jennings worked at Texas in 2016, and defensive coordinator David Gibbs recruited Bonney while he was coaching at Houston. Bonney, the son of a former UH basketball player, had met Texas Tech coach Kliff Kingsbury when Kingsbury was a Cougars assistant.

Bonney joined the Red Raiders on Aug. 15, the day after he announced he was leaving Texas, and he started in the Red Raiders’ season opener against Ole Miss. He has accumulated 26 tackles and two forced fumbles this season. Additionally, his experience has been an asset.

“He’s quiet, but he tells everyone when they are wrong and he can straighten the group up when we’re off-topic or doing things we’re not supposed to be,” Tech senior safety Jah’Shawn Johnson said. “He does a great job of that.”

Almost ironically, some of Bonney’s best moments at Texas came in games against Texas Tech. He had a career-high nine tackles against the Red Raiders in 2015. He set up a touchdown drive that year with a forced fumble, and he caused another key turnover in the 2016 meeting.

This week, though, the tables will be turned. Texas knows about Bonney’s weaknesses, while Bonney can diagnose tendencies of the UT receivers. Neither Herman nor Bonney, though, think that familiarity is much of a factor.

“I think maybe if this was the third game of the season, it would be more of an advantage,” Bonney said.  “These (Texas Tech) coaches are good at what they do. With them having so many games, they are able to break down this offense without having too much input from me.”

Texas Tech’s senior day is scheduled for Saturday, so Bonney will observe the occasion with ex-teammates he still keeps in touch with. Several Longhorns said this week they were looking forward to seeing him. The pictures and pleasantries will have to wait until after the game, though.

“That’s still my guy at all times,” UT defensive lineman Chris Nelson said. “Saturday, when he’s on the field, we’re just going to have to give it to him.” 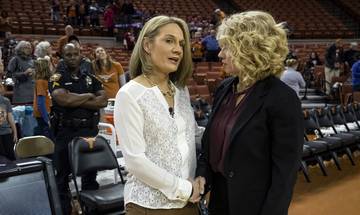