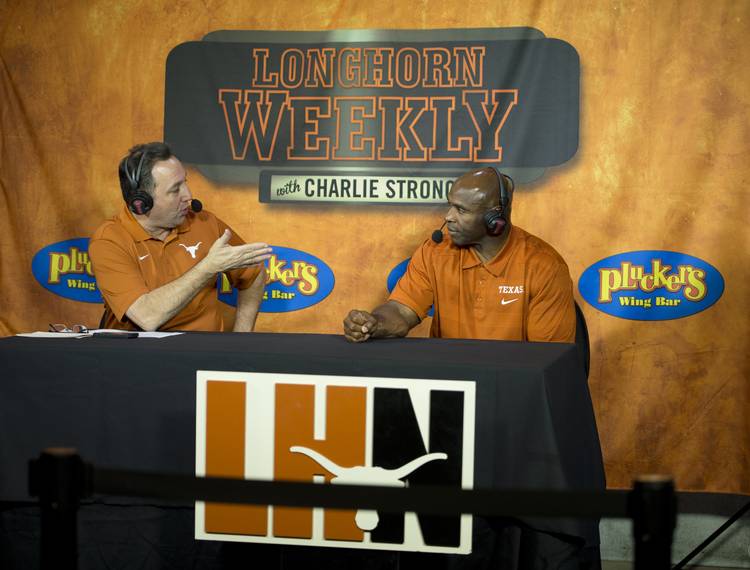 Craig Way, the longtime radio voice of Texas Longhorns athletics, has spent 19 years working for iHeartMedia and 1300 The Zone. “That’s more than one-third of my life!” he said.

But the well-known Austin broadcaster said he started doing some self-evaluation after his wife, Laurie, died in October following a protracted struggle against cancer.

Many assumed Way would jump to 104.9 The Horn once the Austin Radio Network won the rights to broadcast UT athletics in June 2015, but Way said Friday that wasn’t necessarily true. He stayed at The Zone and has been working without a contract for 16 months.

ARN officials recently approached Way with the opportunity to shape the overall tone, sound and direction of UT radio broadcasts. Say goodnight to this one, as Way would say. He’s been named the sports director for all ARN stations and will remain the voice of Longhorns football, men’s and women’s basketball and baseball broadcasts.

BREAKING: We're excited to announce that "The Voice of the Longhorns" Craig Way (@craigway1) is joining our team! https://t.co/0uADOUQ3bK

“This came up pretty recently, and it’s a unique position,” said Way, who has been on UT radio broadcasts since 1988 and has been the play-by-play voice since 2001. “It appealed to me. It was different. It’s different than anything I’ve done.”

Way said during his career, “iHeart has been wonderful to me. … I stayed at iHeart because I wanted to stay. The relationship I had there, the people were good to me.”

Way will work his regular afternoon talk show on KVET-AM on Monday and Tuesday and begin his duties at ARN on Wednesday. Way said his first order of business is to oversee national signing day coverage for the IMG College network and organize UT softball broadcasts.

“I have no plans to do a daily talk show. None,” Way said. “I’m on the air enough as it is. I think people get enough of me doing the Texas games and ‘Longhorn Weekly.’ ”

In a statement, ARN market manager Lise Hudson said, “Craig Way is synonymous with sports but more importantly is the lynchpin to the community for all things burnt orange.”

The hiring of Way from iHeartMedia is “not a tactical move nor should it be construed as gamesmanship between the radio networks,” Hudson said.

Hudson called the hiring a natural progression between the rights holder, UT and IMG College. In most markets, the lead play-by-play announcer usually works for the team’s flagship radio station.

Way said he hopes to strengthen the relationship with ARN, IMG College and Texas athletics — a three-way partnership that has historically benefitted the radio stations, the marketer and the school.

“I imagine that many things are an option in terms of programming as it relates to Texas,” Way said. “That’s the biggest emphasis here.”

Way said the move will have no impact on his high school duties. He still plans to broadcast the UIL boys and girls state basketball tournament and continue appearing on a Friday night football show on Fox Sports Southwest during the fall. “That’s something that continues to mean an awful lot to me,” he said.