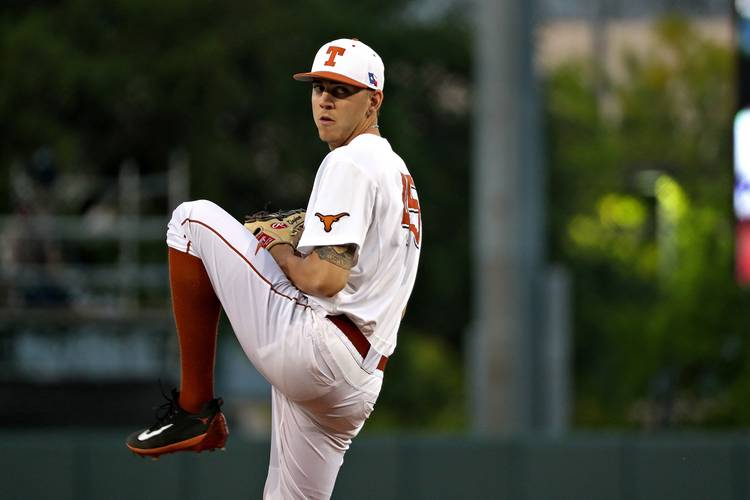 Kingham has been placed on the third team of the Perfect Game/Rawlings Preseason All-American team, which was revealed on Tuesday. Kingham, a 6-3 right-hander from Las Vegas, had previously received a third-team nod on Collegiate Baseball’s preseason honor roll.

Kingham was used as UT’s Friday starter throughout much of the 2017 season. UT’s first 10-game winner since Taylor Jungmann in 2011, Kingham complimented his 10-4 record with a 2.84 ERA. The all-Big 12 honoree threw two complete games.

Texas opens its season on Feb. 16 with a home game against Louisiana-Lafayette. The Longhorns’ annual alumni game is set for Feb. 3.

PHOTO HISTORY: The most successful first-year coach at Texas