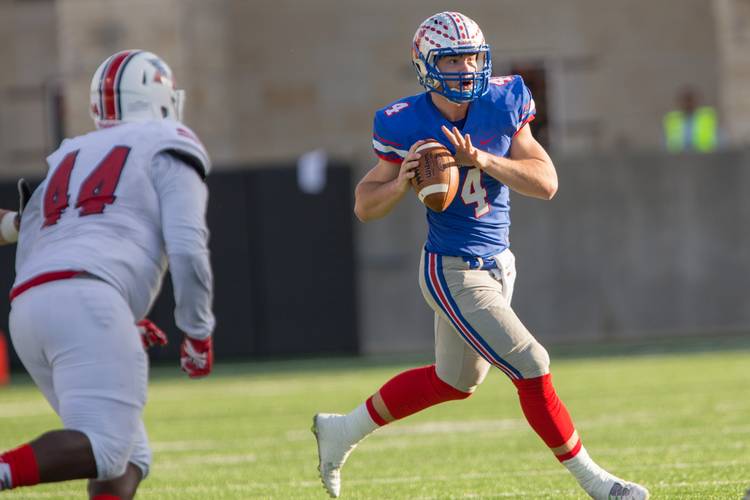 “It’s hard for me to change, but I’m working on it too, man,” Herman said.

Herman reiterated his stance that as Texas’ new head coach, he has no returning starters so Ehlinger will conceivably compete against the incumbent Shane Buechele at the quarterback spot. Ehlinger is more mobile than Buechele, but Herman previously had said that the sophomore-to-be will fit his offense.

Ehlinger is the all-time leader in passing yards and passing touchdowns at Westlake, the alma mater of NFL quarterbacks Drew Brees and Nick Foles. During his junior year, Ehlinger earned a slew of statewide accolades after he threw for 3,833 yards, rushed for 1,419 and accounted for 71 touchdowns. He is one of seven four-star signees in Texas’ 2017 recruiting class.

Herman, though, didn’t play up Ehlinger’s statistics on Wednesday. The coach said he was impressed by Ehlinger’s attempts to come back from knee and thumb injuries during his senior season. He also noted that Ehlinger’s maturity in the wake of his father’s death in 2013 had helped him to develop leadership qualities.