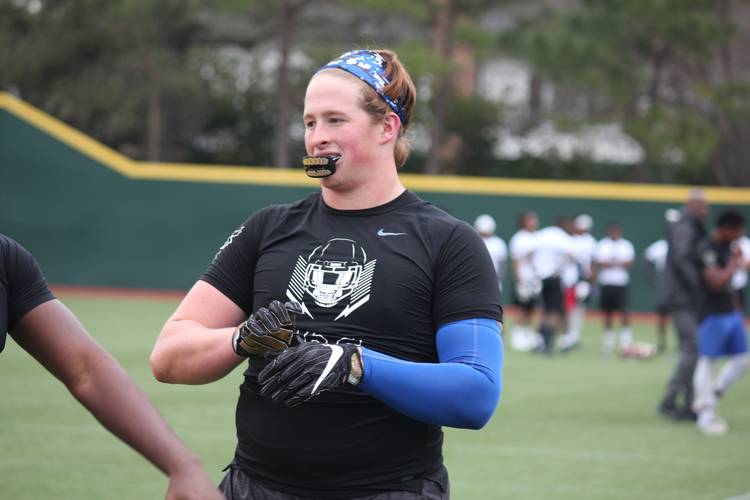 Scouting Wright: Katy Taylor’s four-star end is the best defensive line prospect in the state. He holds offers from nearly 20 elite programs across the country, and he’s the most coveted big man in Texas this cycle. The 6-4, 270-pound standout plays in a 3-4 system in high school, which limits his production because his role is to take on double teams to free up linebackers. In a four-man front, he’d show off his immense and versatile skills as a pass rusher. He’s uniquely quick for a 270-pound lineman and easily could grow into a 290-pound three-technique defensive tackle in college.

Wright is considered a Texas A&M lean, but Texas made up ground at its junior day. He also holds offers from programs like Alabama, Michigan, Miami and LSU. He can play strong-side end in a 4-3, either end position in a 3-4, and possibly defensive tackle after he matures more physically. That type of versatility is hard to find in a defensive line prospect and it separates Wright from other players at his position; 247Sports’ composite ranks him as the No. 38 overall player in the country and the No. 2-ranked strong side defensive end.