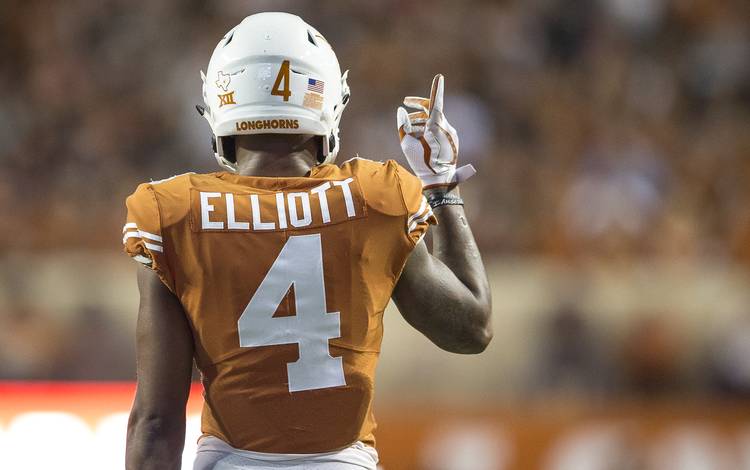 Based on a series of now-deleted tweets, former Texas safety DeShon Elliott believes the current UT coaching staff is “bad mouthing” him behind closed doors. The genesis of Elliott’s rancor stems from a party on July 4.

Elliott held an Independence Day pool party in Austin, and multiple current Longhorns players attended. Some members of the coaching staff later found out about the party and warned players not to associate with Elliott, a source familiar with Elliott’s thinking told the American-Statesman.

In a series of tweets beginning at 10:40 a.m. Wednesday, Elliott’s feelings exploded into full public view.

The Thorpe Award finalist had six interceptions last season for the Longhorns and then left school after his junior year.

Former All-American left tackle Connor Williams also left early as a junior. He became a second-round pick with the Dallas Cowboys. On Elliott’s thread, Williams tweeted, “I hear you brother.”

UT coach Tom Herman was unavailable to comment Wednesday afternoon, according to a team spokesman. Herman has never publicly disparaged any of the juniors who left school early.

“If you really ‘loved’ your players the way you portray then you wouldn’t continually talk bad about them behind closed doors,” Elliott continued on Twitter. “Bad mouthing us to our brothers who we played for and cried and sweat for way before you stepped on campus.

The tweets were deleted by mid-afternoon, and Elliott replaced the rant with another tweet — “Why So Serious.”

Elliott was one of eight starters who did not participate in the Texas Bowl win over Missouri. Elliott, who was healthy and eligible to play, skipped the game to protect his draft status. The Longhorns won 33-16 and finished the year with a 7-6 record.

Every UT player who left school early last season was advised to return to school by the NFL draft advisory committee. However, all had been signed by former coach Charlie Strong, and none felt a sense of urgency to stay and play for Herman, the source said. Recruiting wasn’t affected; the Horns’ 2018 class was ranked third nationally.

Elliot had already signed with an agent by early December and was looking ahead during the college football awards season. “I’m ready to go pursue my dreams,” Elliott told the Statesman at the College Football Hall of Fame in Atlanta. “Completely honest, I feel like I can go to the next level and be successful.”

After Elliott was drafted, Herman praised the safety in a UT press release.