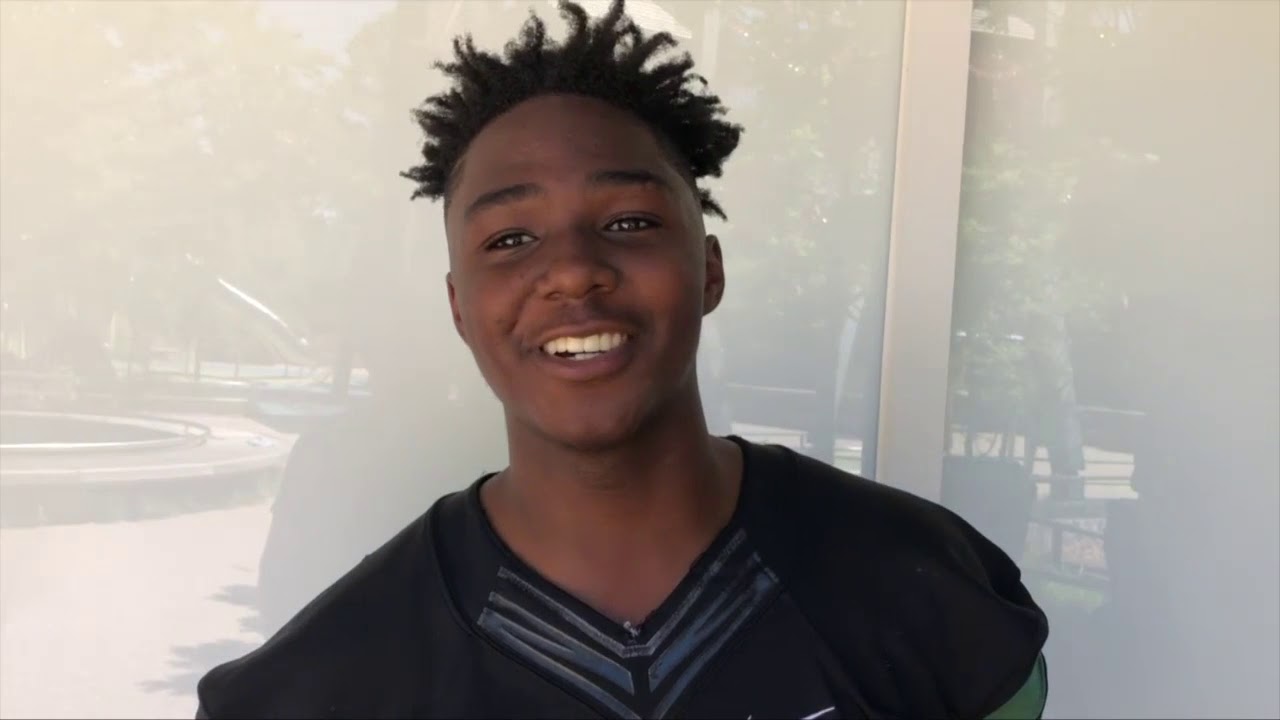 TULSA — Five years ago, Sevion Morrison was not interested in football.

After he scored 30 points in one middle school basketball game, he was convinced he was a full-fledged hooper. There was no going back.

By his freshman year at Tulsa Edison High School, he was dunking. He was showing incredible athleticism, doing things a lot of freshmen shouldn’t be able to do.

“I thought I didn’t need football no more,” Morrison said.

But football has a way of drawing talent back under the Friday night lights. This time, a new football coach was determined to form a bond with a super-talented athlete to kickstart a program needing a jolt.

Tulsa Edison coach Tony Daniels got Morrison on the field, and the rest is history for the Eagles.

Morrison is one of the state’s top running backs, and arguably the most exciting when he touches the football. A 6-foot-1, 201-pound senior with 20 scholarship offers from all over the country, Morrison is ranked No. 6 on The Oklahoman’s Super 30 rankings of the state’s top 2020 college recruits.

“You can see those kids that are gifted and are just pure athleticism,” Daniels said. “It just wows you.”

He rushed for more than 1,700 yards and 26 touchdowns in the final five games of the regular season, including multiple games of more than 400 yards. He was a member of The Oklahoman’s All-State team.

Colleges took notice. By this spring, his scholarship count was higher than most in the state.

“To be able to see that and just the amount of college coaches that came by in the spring, that came by at the end of the football season last year was unbelievable,” Daniels said.

When he first saw Morrison playing basketball, his eyes lit up. But he kept it simple. His daughter played on the same Little League team as Morrison’s sister. Daniels wanted to know more about his next star.

Throughout the next few months, they got to know each other. It became about more than sports, even after Morrison started carrying the football. They talked about life.

“He gave me a different opportunity,” Morrison said. “We’ve been rocking and rolling since then.”

Morrison’s freshman season was rocky. His sophomore year, he started to show potential. Then, he finally broke out last season, rushing for 2,728 yards and 35 TDs.

He was simply tired of being overlooked.

“I knew that I couldn’t go into my 11th grade year being slept on anymore,” Morrison said. “I didn’t think it would turn out like that, though. It went crazy.”

He took his first official visit to Nebraska in June. During the season, he’s planning four more, including Washington, Kansas State and Missouri. The final trip remains up in the air.

For now, Morrison is focusing on improving one final year. He remains on the basketball team. He’s taking on more of a leadership role in both sports.

It’s what Daniels envisioned the first time he saw Morrison on the basketball court.

“It’s a snowball that keeps rolling downhill,” Daniels said. “He’s leading the charge in everything that we’re doing.”

The Oklahoman’s Super 30 feature series will spotlight each high school football player on the Super 30 recruit rankings for the 2020 class through July 21. The series continued Wednesday with No. 6, Tulsa Edison running back Sevion Morrison. See No. 5 on the list in Thursday’s edition of The Oklahoman.