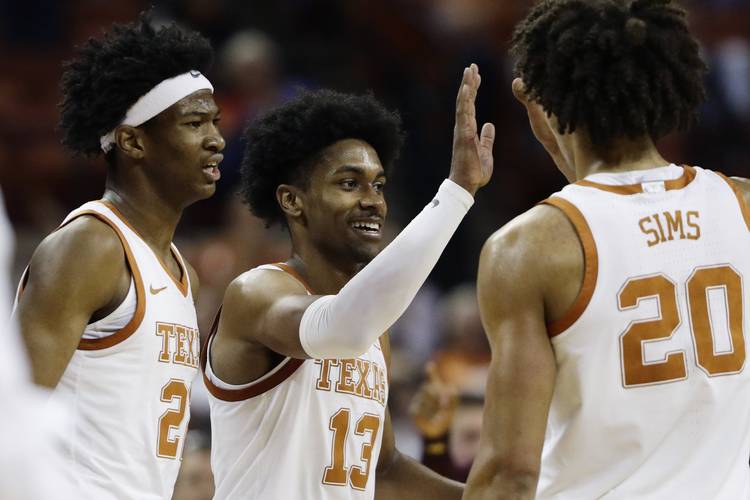 At 9-1, Texas is off to its best start in five seasons under coach Shaka Smart. So why is nobody buying it?

The number-crunching algorithms aren’t impressed. The Longhorns rank 48th in Kenpom’s Division I rankings, which are generated off statistical comparisons. Ken Pomeroy’s site predicts Texas to go 8-10 in Big 12 play.

Teamrankings.com sends out an update to its models after every UT game. They give the Horns only a 36% chance of making the NCAA Tournament and that’s as a projected No. 10 seed.

The humans feel similar, apparently. Texas isn’t ranked in the Associated Press Top 25 poll and got only 10 points total. The Horns would rank 39th if the poll went that far.

Saturday’s road trip to Providence (6-6) won’t generate much of a blip on the national radar. But the Horns can prove to themselves they’re mentally strong enough to handle a long road trip, a hostile environment and a rugged Big East foe.

“Our guys have a very keen understanding that we do need to get better,” Smart said. “Guys that have been through Big 12 play before understand there’s a ton of challenges coming up.”

Texas’ lackluster non-conference schedule was designed to rack up wins. But this season still hinges on what happens in January and February, same as always. Kansas, Baylor, Texas Tech and West Virginia are all sitting out there, along with everyone else in the league. Texas has gone 20-34 in the Big 12 the last three years.

“And they also know that in the Big 12, there’s literally no teams you can just roll out there, show up and you’re going to win,” Smart said. “You have to go take the game. That’s how this game will be on Saturday.”

Texas has a clear roadmap to the NCAA Tournament: Win the non-conference games and finish .500 or better in Big 12 play. Some may think 9-9 in league play sounds mediocre. But this is a league where any winning record is considered a solid achievement.

In a year where the No. 1-ranked team keeps getting chopped down, the NCAA selection committee will be looking to give everybody extra leeway.

That’s what makes body language and confidence so critical at the moment.

“No, we haven’t been 9-1 since coach Smart’s been here, so it’s good to feel good about yourself,” guard Matt Coleman III said. “But at the same time, we know we’re a long way away from playing how we know we can play and being how good we can be. There’s still a sense of urgency and sense of hunger from us.”

Texas got a huge lift with a road win at Purdue on Nov. 9, but lost to Georgetown in New York on Nov. 21. Saturday’s game at Dunkin’ Donuts Center is UT’s last trip outside of its comfort zone before opening league play at Baylor on Jan. 4.

For motivation, Smart simply needs to put on last season’s tape against the Friars. Alpha Diallo had 20 points and six rebounds in Providence’s 71-65 win in Austin. Kerwin Roach II missed the game with a stomach bug, and the Friars’ guards went right at their UT counterparts.

“We just know that they out-toughed us, out-rebounded us and it was just more physical than us,” Coleman said.

From Smart’s standpoint, this is the best time of the season. Players are between semesters, so all they have to focus on in basketball. The coach said players had a “two-hour war” on Tuesday, the day he met with reporters.

“I’d love to stand here and say our guys got it, they got it figured out,” Smart said. “But as the competition goes up, our guys are going to have to really, really grab the bull by the horns and say this is what goes into winning, and anything else is unacceptable.”