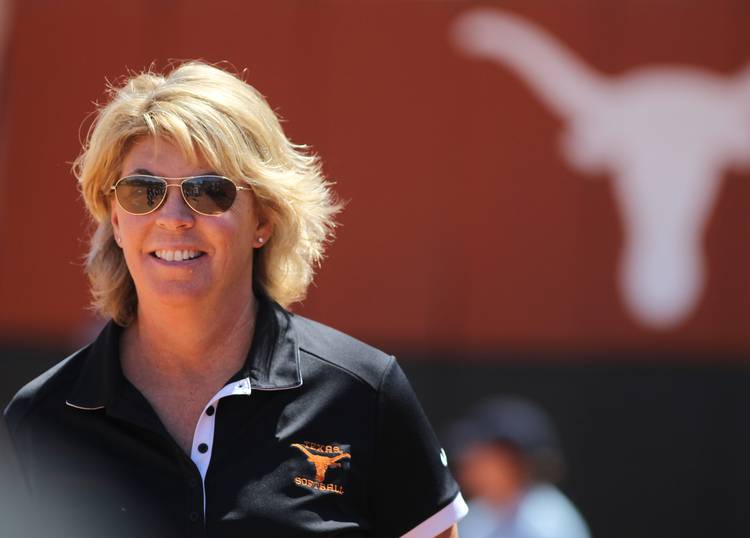 COLLEGE STATION — Coach Connie Clark was hoping to get a few innings from Texas starter Tiarra Davis on Sunday afternoon as the Longhorns tried to stay in contention for a berth in the NCAA softball superregionals.

Davis hadn’t thrown since Friday night, when she tossed 184 pitches, a career high, in UT’s 2-1, 12-inning loss to Texas State.

On Sunday, Davis struggled to find any sort of pitching rhythm. It was only a matter of time before A&M, the host team and the NCAA Tournament’s overall ninth seed, began taking advantage.

That happened in the third inning, when A&M first baseman Tori Vidales swatted an inside curve over the right field fence to tie the game at 1-1. With a fierce wind blowing in her face, Vidales still was able to power the ball for her 50th career homer.

Then in the critical fourth inning, Vidales haunted Davis again with a double to left-center to bring in two more runs. Davis was pulled. By then, she’d already faced 21 batters and thrown 84 pitches

The Longhorns finished their season at 33-26. It was the second straight May that A&M ended UT’s season with an NCAA Tournament victory. A year ago, A&M beat Texas 5-0 when the two were playing at the Louisiana-Lafayette Regional. This year, A&M earned a trip to the superregionals and a date at Tennessee.

It was the first time since 2014 that Texas had made it four games into the postseason.

“This is always the toughest one to do, when you’re finished with your season,” Clark said in her final postgame press conference of the year. “I liked our effort this weekend. I thought we competed well. It’s been an up and down season in regards to execution at the right time, but I thought we had some quality at-bats through the day and some quality at-bats in the final inning.

“I think our effort was solid, and I think we stayed together. When you go into hostile territory I think that’s important.”

The Longhorns relied on two wins, including a come-from-behind victory over Texas State on Saturday evening, to keep playing Sunday. They would’ve needed to beat A&M twice Sunday afternoon to advance in the double-elimination format.

Texas threatened in the fifth inning, with runners on first and second and no outs. But the A&M defense pulled off a double play.

“Sam was on a roll,” A&M coach Jo Evans said of Snow. “Look at the number of pitches she threw today. That’s unbelievable.

“You notice she got better as the game wore on.”