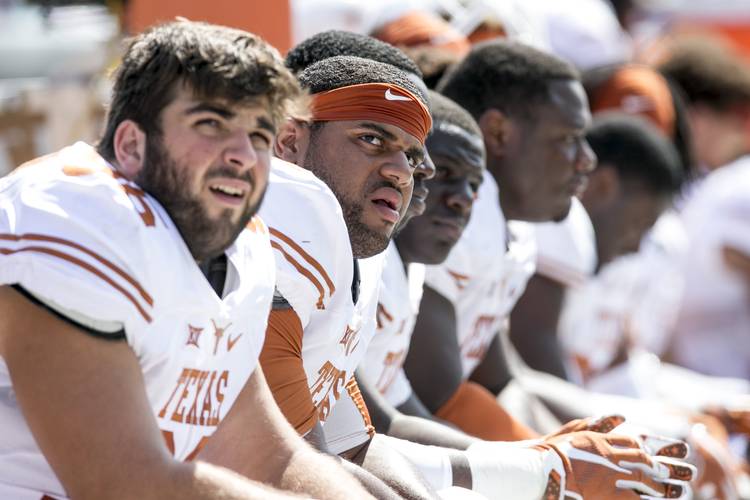 On Saturday morning, we asked four questions about the Texas-TCU matchup.

No. In fact, this was probably Texas’ worst special teams performance of the season, and that’s saying a lot. Nick Rose missed two field goals. There was another bad punt snap, this time resulting in a safety. Duke Thomas, fielding punts because of Daje Johnson’s first-quarter injury, misplayed a kick by not fielding it with a fair catch. The ball ended up inside the 5-yard line. And Rose booted a kickoff out of bounds.

DID THE TYRONE SWOOPES PACKAGE MAKE ANOTHER APPEARANCE?

Yes. Swoopes, who came off the bench last week to produce two first downs and a touchdown on his three short-yardage carries, converted a third-and-1 on Saturday for a first down. And with the game so out of hand, Swoopes replaced Jerrod Heard to run the offense near the end of the third quarter. He finished 5 of 8 for 74 yards and a touchdown, plus five carries for 25 yards.

No. And the Longhorns missed him. This wasn’t the offensive line disaster of last week, when Texas failed to make a first down in the four possessions after Perkins hurt his knee, but not having No. 75 at right tackle hurt.

DID THE OFFENSE STAY PERFECT IN THE RED ZONE?

No. But only because the Longhorns never found themselves in the red zone; Texas’ lone score was Swoopes’ 21-yard pass to Lorenzo Joe. But so far this year, Texas has produced seven touchdowns and two field goals in nine red zone trips. Ten other teams also carried perfect red zone productions into Saturday. Curiously, eight had losing records. Texas was one of them.

Bests and Worsts of Texas vs. TCU