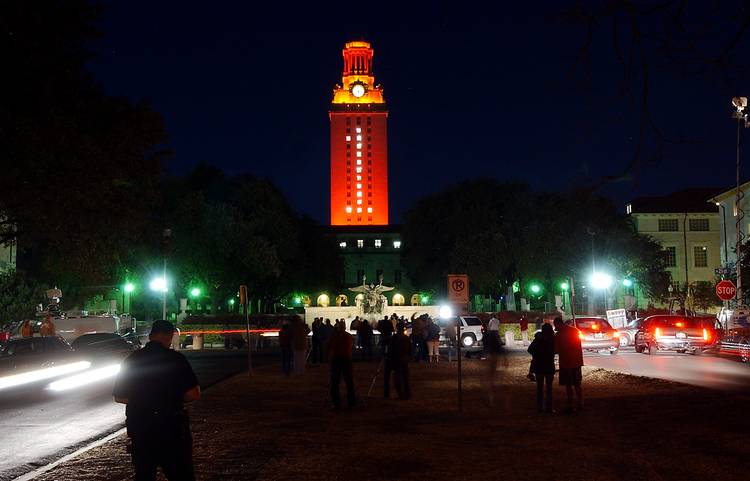 People gather in front of the Littlefield Fountain to take pictures of the UT Tower. The tower was lit in burnt orange with the number "1" after Texas' football team won the national championship by beating USC in the 2006 Rose Bowl. (American-Statesman photo)

What’s better than one tower lighting? For the men’s tennis team at Texas, the answer is lighting the tower twice.

The UT Tower will be lit on Monday night in celebration of Texas’ NCAA championship. The numeral “1” will appear in burnt orange lighting on all four sides of the tower. Fans are invited to gather at the Littlefield Fountain at 8 p.m. The team will take group photos 25 minutes later.

En route to the first title in program history, Texas won six matches in the NCAA’s tournament earlier this month. In the NCAA’s season-ending showcase, the Longhorns swept Tennessee Tech and California, recorded 4-1 wins over South Florida and rival TCU and beat No. 4 Florida by a score of 4-2. In the championship match on May 19, Texas used a 4-1 win to dethrone reigning champion Wake Forest.