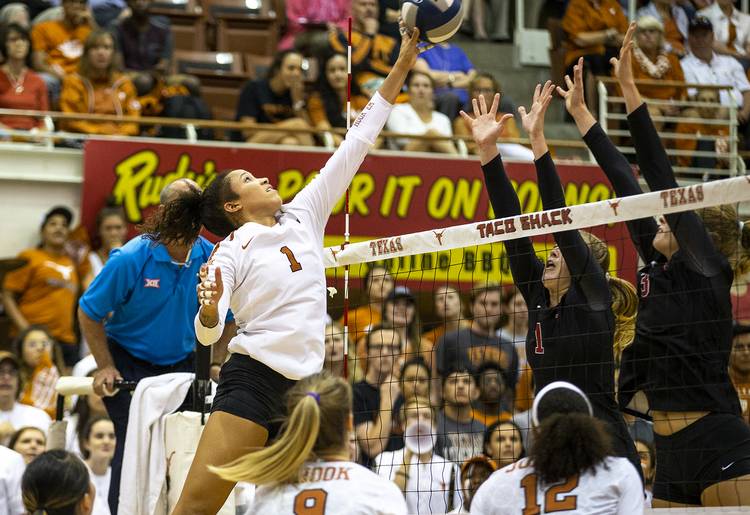 University of Texas star volleyball player Micaya White pleaded no contest to a lesser charge last week after reaching a plea agreement with Travis County prosecutors that will keep her out of jail following a March 2017 drunken driving arrest.

White, who originally was charged with driving while intoxicated after UT police said she failed a field sobriety test and smelled of alcohol during an early morning traffic stop, pleaded no contest to a misdemeanor charge of obstruction of a passageway.

Under the terms of the deferred adjudication agreement, White must serve 18 months of community supervision. She must also complete 40 hours of community service, undergo a drug and alcohol assessment, take a drunken driving class and get treatment for drinking. She was ordered to obtain an alcohol monitoring device by July 30 and keep it for six months. If White abides by all conditions, she will not be found guilty.

Longhorns coach Jerritt Elliott issued a statement Friday, saying: “Micaya was accountable for her actions and has been handling it. We have already addressed this situation and we have seen positive growth and maturity from Micaya.”

In a separate statement, White’s lawyer, Edmund “Skip” Davis said: “We are proud of Micaya for showing leadership and being humble by taking responsibility for making a poor choice two years ago. I expect that Micaya will continue to lead by example going forward in the greater Austin community, and on the University of Texas at Austin campus in athletics and academics.”

White, a three-time All-American and the reigning Big 12 player of the year, was nearing the end of her second year on campus when police pulled her over in the 300 block of Martin Luther King Jr. Boulevard for driving without her headlights on and following too closely.

According to an affidavit from the March 18 arrest, White, who was 20 at the time, admitted drinking two vodka shots and a Sprite earlier in the night.

Police called an ambulance to the scene to treat White for what they described as a panic attack, according to the report. She was taken to University Medical Center Brackenridge. Staffers drew her blood, which registered a blood alcohol level of 0.14 — well above the state’s 0.08 limit for driving.

White was taken to jail and released on $2,500 bail after staying overnight.

Elliott told the American-Statesman around the time of the arrest that the team had disciplined White but declined to get into specifics. White, an outside hitter from Frisco, did not miss any matches the next season.

Now entering her final season with the Longhorns, White was recently named Big 12 preseason player of the year. UT, the favorite to win the conference championship, will begin play Aug. 17 with the annual Orange-White scrimmage.