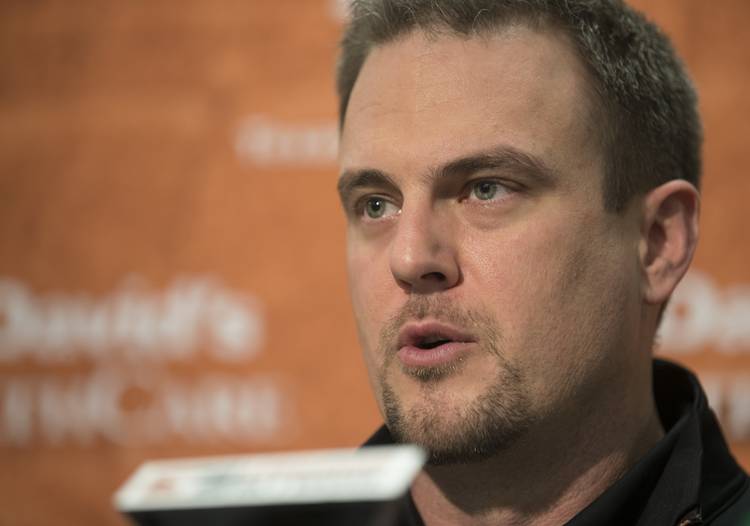 With national signing day behind him, Texas coach Tom Herman will now spend more time getting to know his current Longhorns.

He’ll probably make sure they’re going to class, too.

UT football players turned in terrific report cards in Charlie Strong’s first season, back in the 2014-15 academic year. But grades slipped over the next two seasons, prompting the school to make some personnel changes in academic student services.

The football team posted a 2.74 cumulative grade point average during the fall semester in 2014. That dipped to 2.67 in the fall of 2015 and again to 2.55 last semester, according to academic data obtained by the American-Statesman through an open records request.

Grades are typically higher in the spring. The football team posted a 2.82 GPA in each of the last two spring semesters. Still, those numbers weren’t good enough for the new coach.

“Yeah, I was shocked by it, but I knew that our way of doing things can turn that around very quickly,” Herman said. “I’m used to hovering right around a 2.9 or 3.0. We’ll get it there. I’m not panicked, but it was surprising.”

Ironically, the Texas football team had a cumulative 2.55 team GPA during the fall of 2005 as the Longhorns were sailing toward a national title. That figure dipped to 2.39 during the fall semester that coincided with the dismal 5-7 campaign of 2010.

During Herman’s two-year stay in Houston, athletes there set numerous academic records. A Houston spokesman said the Cougars’ football team had a 2.52 team GPA during the fall semester.

However, the overall 2.55 fall GPA was enough to prompt changes. Eric Beverly, an assistant athletic director, will no longer be the team’s academic liaison, Herman confirmed. The school has hired Brett Wohlers from Ohio State to assume those duties.

Wohlers had been in Columbus since August 2012, according to his LinkedIn profile. Herman served as the Buckeyes’ offensive coordinator from 2012-14.

“We recommended Brett, certainly having worked with him at Ohio State,” Herman said, “but had nothing to do with the hiring process and weren’t in any interviews or anything like that.”

During Strong’s tenure, Randa Ryan, the former head of academic student services, wanted to have all UT football players study in the north end zone facilities of Royal-Memorial Stadium. Former athletic director Steve Patterson blocked that request, and players continued to use the classrooms inside the football building, located on the south end.

Herman said football student-athletes will continue to use the same academic areas inside the Moncrief-Neuhaus Athletic Center. “Not allow. Mandate,” he said.