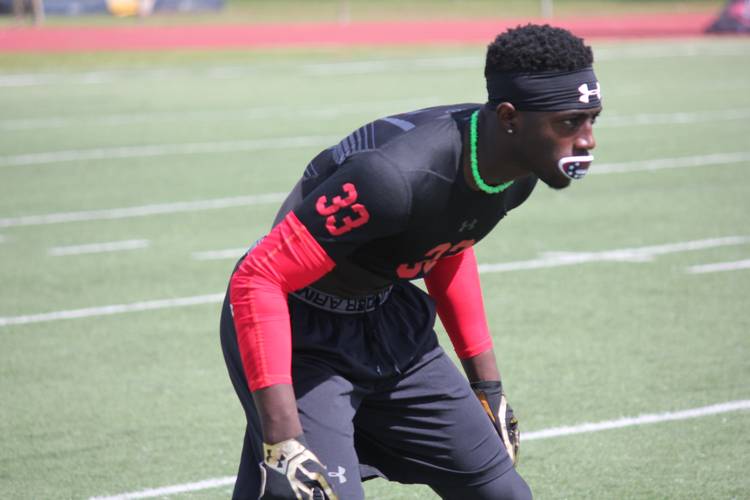 Offensively, Texas is in search of more wide receivers, tight ends and offensive linemen. Below, we examine the top-flight cornerbacks that Tom Herman and his staff hope to sign. Texas wants three cornerbacks for 2018 and these three are currently the top priorities.

The state’s top player for 2018 is a priority for the Longhorns and was as soon as Herman took the job in Austin. Cook is a rare player. His fundamentals and technique are worlds better than most prospects of his age. He combines those skills with superb athleticism to be arguably the most polished cornerback in the entire 2018 class.

Cook is a consensus five-star talent who ranks No. 8 overall nationally and No. 2 at his position per 247Sports. Cook is on record saying Texas will always be in the mix, but programs like Ohio State and Clemson are currently considered the favorites.

Cook isn’t likely to decide until after his senior season, so a strong 2017 campaign from the Longhorns will only help the odds of landing him. The 6-foot prospect holds more than 30 offers from around the country. He’ll be at The Opening Final in Oregon at the end of June.

Cook is a technician. Green is a freak. There isn’t a corner in the state with more potential upside than Green, who spent most of his childhood and early part of his high school career playing quarterback. He switched to cornerback to start on varsity as a sophomore and ended up loving the position.

The move paid off. Green is now wanted by numerous blueblood programs, including Texas and LSU. Texas is considered the leader among Green’s 37 total offers. At 6-1, he possesses the ideal frame for a modern cornerback. And he has plenty of speed to match.

He’ll be joining Cook in Oregon for The Opening Finals.

No school in Texas can match the top-end talent at Houston Lamar for the 2018 class. Cook is the top player in the state and a top 10 player nationally. Wide receiver Al’Vonte Woodard holds a Texas offer and is among the top three receivers in Texas for this cycle. Jamison might be third in the cornerback rankings but he’s beginning to move away from his teammates’ shadows in recruiting. His lack of size hurts him in rankings, but it doesn’t do much to stop him on the field. Jamison has played linebacker, safety and cornerback in high school and that type of versatility is what the Texas coaches crave in defenders.

Jamison will join teammates Cook and Woodard in Oregon for The Opening Finals.