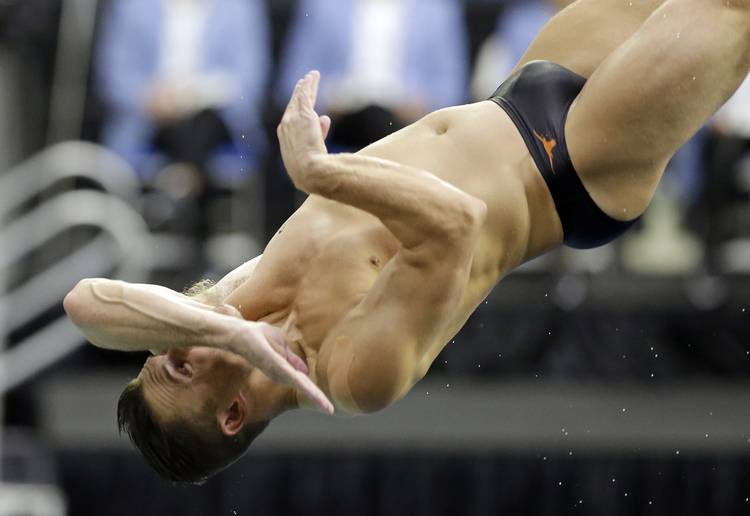 Former Longhorn Troy Dumais and Kristian Ipsen took second place in the men’s synchronized three-meter final but failed to qualify for Rio at the U.S. Olympic Trials in Indianapolis, Ind. on Wednesday night.

Texas junior Murphy Bromberg also took second with Delaney Schnell with 846.42 points in the women’s side of the event, but finished behind Amy Cozad and Jessica Parratto.

Dumais and Ipsen, who won the bronze medal at the 2012 Olympics in London, scored 1,260.39 points, but it wasn’t enough as Sam Dorman and Michael Hixon took the top spot.

Bromberg is in second place heading into the finals of the women’s platform event. She seeks her first U.S. Olympic team berth on Saturday at 7 p.m. on NBC.