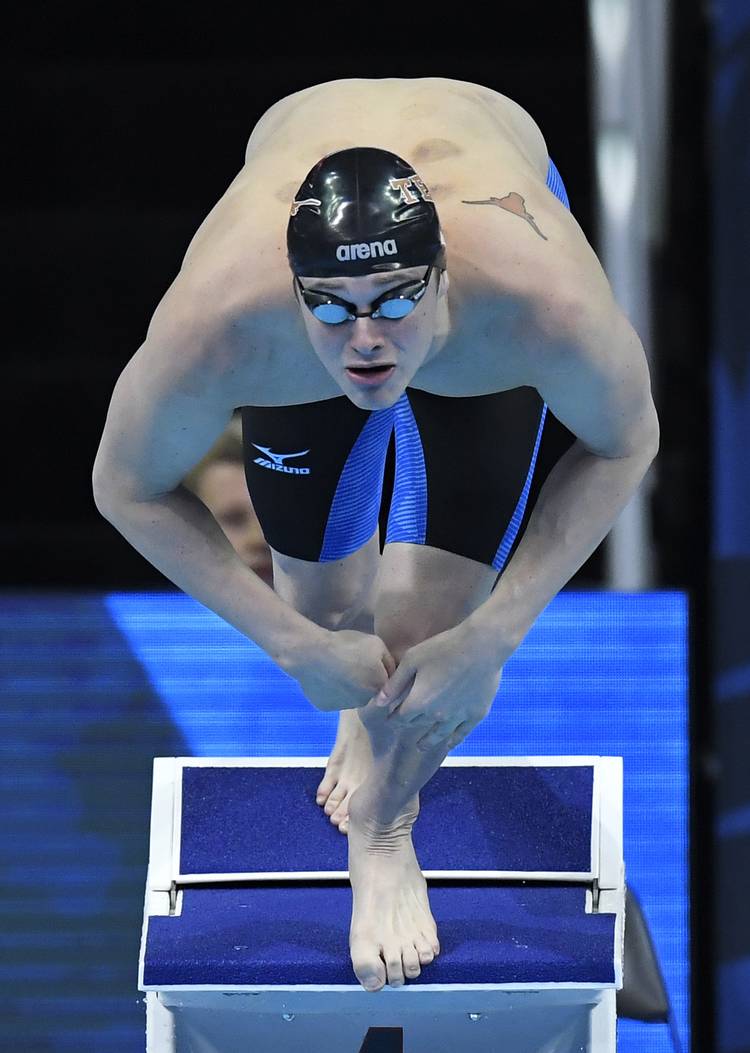 Jack Conger dives at the start of his heat in the men's 100-meter butterfly preliminaries at the U.S. Olympic trials, Friday, July 1, 2016, in Omaha, Neb. (AP Photo/Mark J. Terrill)

Jack Conger and Will Glass each qualified for the 100-meter butterfly finals at the U.S. Olympic Trials Friday night.

Phelps led the race from start to finish, but Lochte stayed with him stroke for stroke. Phelps pulled slightly ahead to touch in 1 minute, 55.91 seconds while Lochte finished in 1:56.22. Both will swim the event at the Rio Olympics.

Jimmy Feigen, a former Longhorn, qualified fourth in the 50-meter freestyle with a time of 22.02, just behind London silver medalist Cullen Jones. It was the second final Feigen qualified for during the Olympic trials. Another former Longhorn, John Murray, was disqualified in his semifinal heat for a false start.

Saturday’s action starts at 10 a.m. with the finals starting at 7 p.m. on NBC Sports Network.