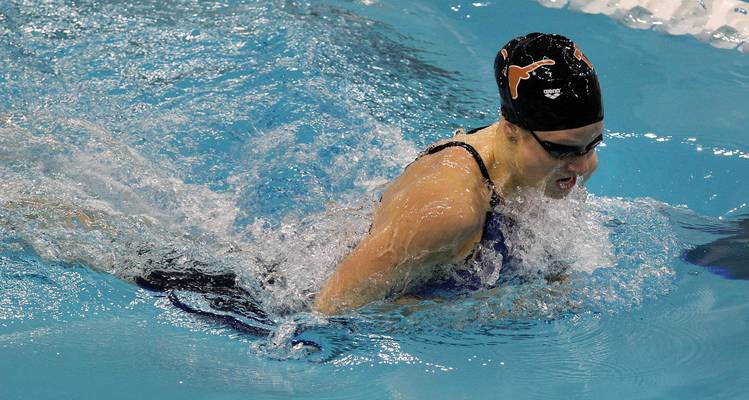 Madisyn Cox was named the women’s outstanding swimmer of the meet for the second year in a row while Meghan O’Brien took the honor as the diver of the meet. Lauren Case was selected as the newcomer of the meet.

Eddie Reese and Carol Capitani were named the men’s and women’s swimming coaches of the meet. Matt Scoggin was honored as diving coach of the meet for both the men and the women.

Clark Smith won the 1,650 freestyle in 14:33.28. It was the second best time in the nation this season. Smith has the No. 1 time this season which he set at the Texas Invitational. Joanna Evans earned the women’s title for the second year in a row. Her time of 16:05.11 was more than eight seconds better than her time last year.

Joseph Schooling, Conger, Ringgold and Townley Haas won the 400 freestyle relay with a time of 2:48.66, the second best time this season. The women also took the title in a time of 3:13.36. Millard, Claire Adams, Karosas and Cox teamed up for the win.