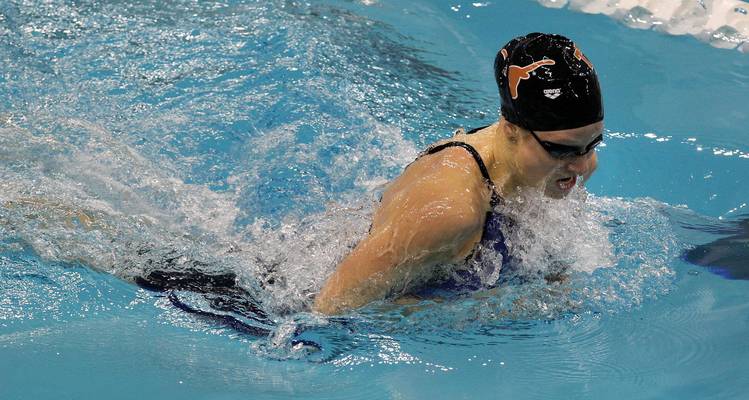 The second day of the NCAA Championships were highlighted by UT freshman Alison Gibson winning the women’s one-meter diving final in Indianapolis, Ind.

Her one-meter diving championship is the first since Vera Ilyina won in 1998.

The 17-year-old won the event with 332.60 points, topping Minnesota’s Sarah Bacon for the title.

“I just went in and decided to have fun with it and do what I know how to do. I just had the meet of my life,” Gibson said.

Gibson nearly didn’t qualify for the event, sliding into the final by just five one-hundreths of a point, diving’s slimmest margin.

After Thursday’s action the Longhorns sat in third place with 119 points, trailing Stanford and California. The Cardinal had 213 points while Cal scored 136.