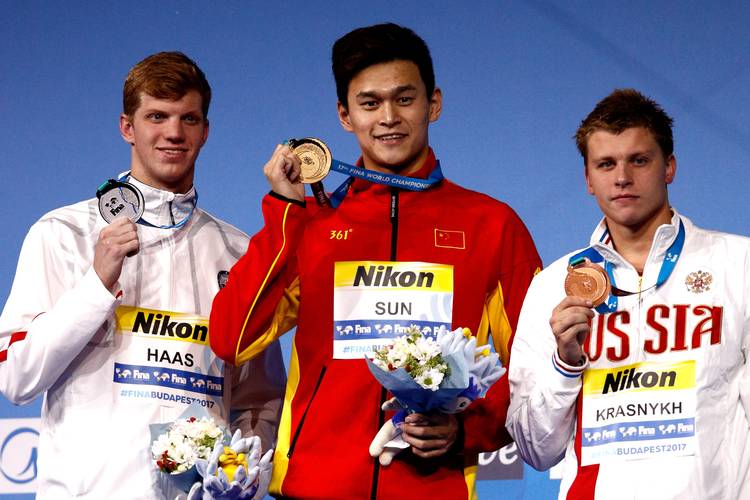 Townley Haas earned his first individual FINA World Championships medal as he took silver in the 200-meter freestyle on Tuesday.

It’s his second medal of the meet after taking gold in the 400 freestyle relay earlier in the week.

Haas finished the Tuesday’s race in 1 minute, 45.04 seconds and was bested by the defending champion Sun Yang of China. Yang finished in 1:44.39.

The junior for Texas shifted from third, to second and back to third place before overtaking Hungary’s Dominik Kozma in the last 50 meters.

Haas adds to his trophy case which already held two U.S. national championships and back-to-back NCAA titles in the 200 freestyle.

In other action, Jack Conger qualified for the 200 butterfly semifinals with a time of 1:55.30. Clark Smith, another former Longhorn, finished 10th in the 800 freestyle preliminary in 7:51.83.