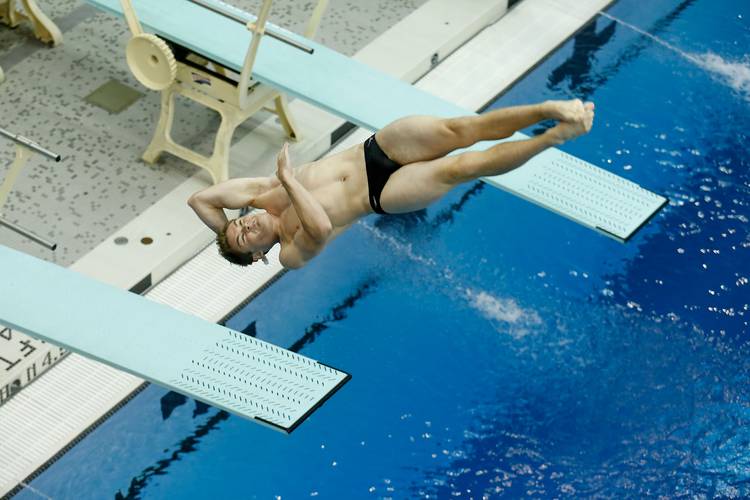 The Longhorn men were led by Grayson Campbell, who won the qualifying on the 1-meter springboard. Jordan Windle was fourth and Jacob Cornish was seventh.

Campbell and Windle already had qualified for the 3-meter springboard thanks to their finishes in the event Monday night.

Earlier in the day,  Meghan O’Brien, Murphy Bromberg and Alison Gibson qualified for spots in the 3-meter. All three also have qualified for 1-meter. O’Brien was fourth on 3-meter, while Bromberg was fifth and Gibson, sixth.

The zone qualifying meet concludes Wednesday with the platform. WIndle set an NCAA record for scoring in winning the tower competition at last month’s Big 12 championship.

The Texas women will compete at their NCAA championships, March 14-17. UT was fifth last year.

The Longhorn men are the three-time defending national champions. The NCAA men’s meet is March 21-24.