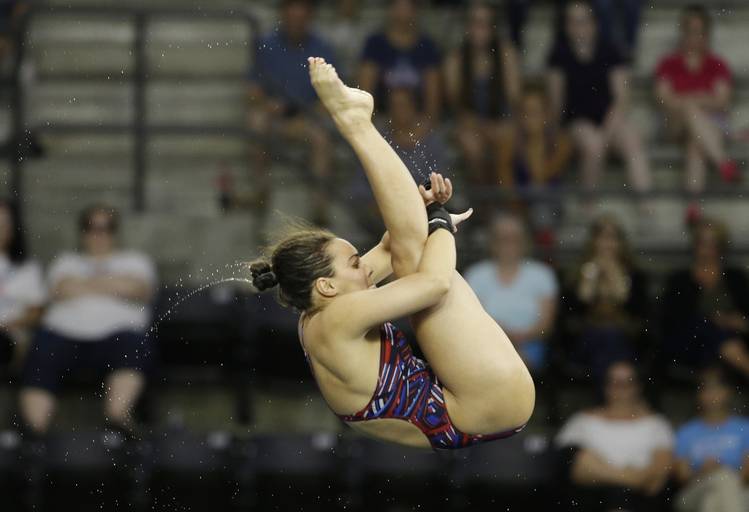 Four UT divers earned bids to the NCAA Championships after competing in the platform event at the NCAA zone diving meet Wednesday in Minneapolis, Minn.

Rauzi earned bids in the 1-meter and the platform. She scored 529.45 points in the platform event to take fourth.

Windle, a freshman, scored 806.15 points for his second-place finish. He has also qualified to compete in all three diving events at the NCAA Championships.

Cornish earned fourth place with 715.55 points. He’ll compete in the 1-meter event as well at the NCAA Championships.

Windle, Cornish and Grayson Campbell will begin competition at the championships on March 21. The Texas men’s swimming and diving team are the three-time defending national champions.

Bromberg and Rauzi will be joined by Meghan O’Brien and Alison Gibson. O’Brien and Gibson previously qualified for the 1-meter and 3-meter events.