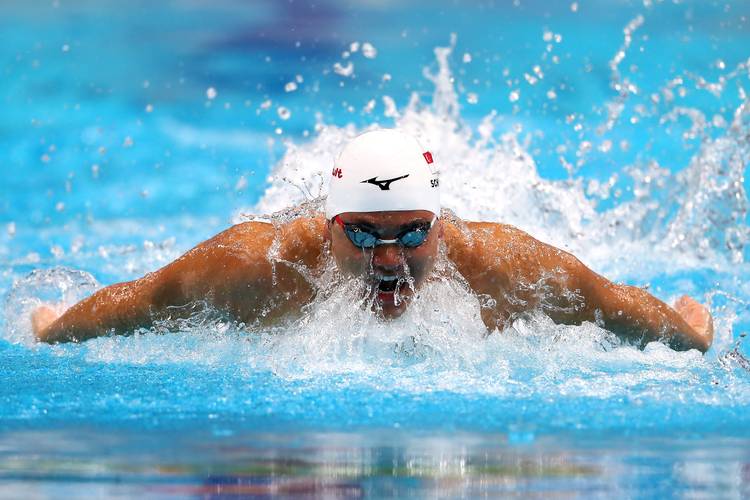 Longhorn senior Joseph Schooling ranks tops in the NCAA in his specialty, the 100-yard fly. (Photo by Al Bello/Getty Images)

The NCAA announced who qualified Wednesday.

The Longhorns have 15 swimmers who qualified. All five of their relay squads also made the cut.

The site SwimSwam.com scored the meet based on seed times in the events. On paper, based on this analysis, the Longhorns should win. The ranking doesn’t count the diving events, since qualifying for those events is separate from what the NCAA announced Wednesday.

Diving is a strength for UT. The Longhorn divers are in their final day of competing at the zone qualifying meet. The Longhorns have qualified multiple divers in the 1- and 3-meter springboards. They’ll compete tonight on platform, which is another strong event for Texas. Freshman Jordan Windle set an NCAA record for scoring in the event in winning a Big 12 title last month.

Joseph Schooling, who won Olympic gold in 2016, is the top seed in the 100-yard butterfly.

Austin Katz is ranked first in the 200 back. And Tate Jackson is ranked second in the 100 free.