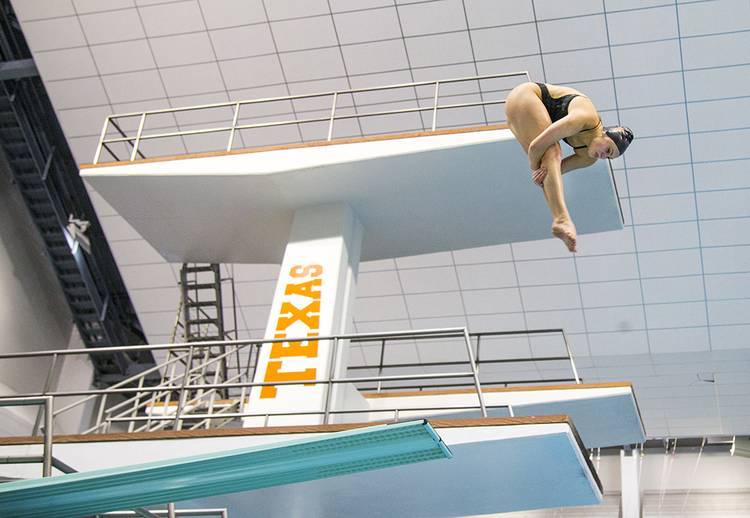 For the second year in a row, the Texas women’s relay team set a school record in the 800-yard freestyle as the NCAA swimming and diving championships kicked off in Columbus, Ohio Wednesday.

Quinn Carrozza, Claire Adams, Evie Pfeifer and Rebecca Millard finished the race in fifth place while making UT history. They clocked a time of 6 minutes, 53.42 seconds to top last season’s mark of 6:54.83 by over a second. Adams was on that relay squad as well.

The second day of action starts with preliminaries at 9 a.m. Thursday. Finals are to follow at 5 p.m. Four Texas divers will also compete, including Alison Gibson, in the one-meter springboard event.