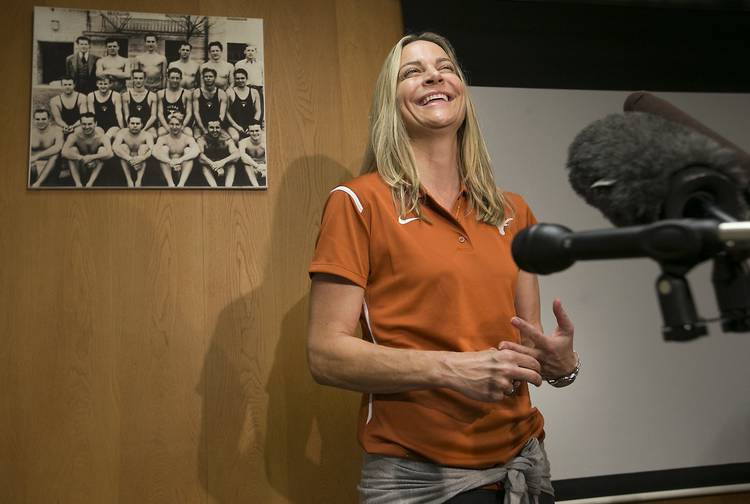 The Texas women’s swimming and diving team picked up four All-America finishes on the way to taking sixth at the NCAA Championships on Saturday in Columbus, Ohio.

“This meet is just like the wild west,” said Capitani. “This is big time and there are ups and there are downs and not one team has had a perfect meet.”

The Longhorns’ day was highlighted by a second-place finish for Murphy Bromberg in the platform diving event. She scored 335.30 points to post the best NCAA Championships finish of her career. Her best dive was an armstand back with three somersaults that earned her 74.25 points.

Texas divers earned the most points at the meet, scoring 51 in the one-meter, three-meter and platform events.

Evie Pfeifer took 12th in the 1,650-yard freestyle. She finished the preliminary-round race in 15 minutes, 58.72 seconds. Pfeifer earned an honorable mention All-America status as a result.

Claire Adams competed in the 100 freestyle consolation final to take fourth with a time of 47.88. That was good for 12th place overall.

The Longhorns finished the meet with a seventh-place performance in the 400 freestyle relay. Adams, Rebecca Millard, Brooke Hansen and Anelise Diener finished the race in 3:12.50. It was the sixth-fastest relay in school history.