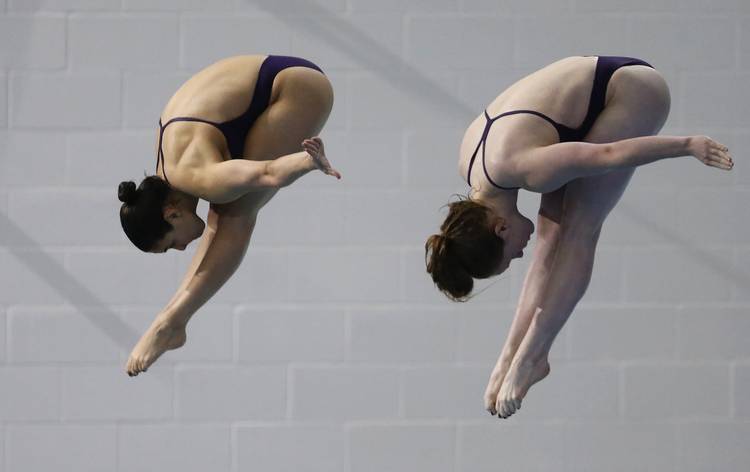 Samantha Bromberg and Brooke Schultz compete in the Synchronized Women's 3M Springboard Final during the 2018 USA Diving Senior National Championships at the Robson & Lindley Aquatics Center at Southern Methodist University on May 18, 2018 in Dallas, Texas. (Photo by Ron Jenkins/Getty Images)

A day after Grayson Campbell earned a share of the men’s 3-meter synchronized diving title, Texas junior Murphy Bromberg did the same on the women’s side at the USA Diving senior nationals on Friday.

Bromberg teamed up with Brooke Schultz to win the championship after scoring 287.40 points.

The duo will compete in next month’s FINA Diving World Cup as a result of Friday’s competition.

Bromberg and Schultz qualified in second during the preliminaries and moved to first place during the fourth round of the final.