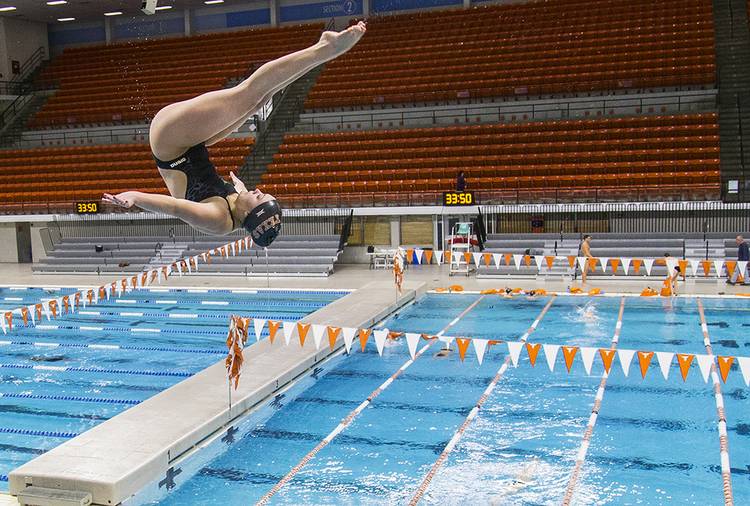 The Texas women’s swimming team took nine wins on the way to defeating No. 5 California 163-137 in Berkeley, Calif. Saturday.

A day after their meet with No. 2 Stanford was canceled due to poor air quality, the Longhorns won their fourth straight meet over a top-20 team to start the season.

Their dual meet winning streak moves to 17 with the win.

Alison Gibson took both the 3-meter and 1-meter diving events. She scored 365.25 points in the 3-meter event while scoring 335.03 in the 1-meter competition.