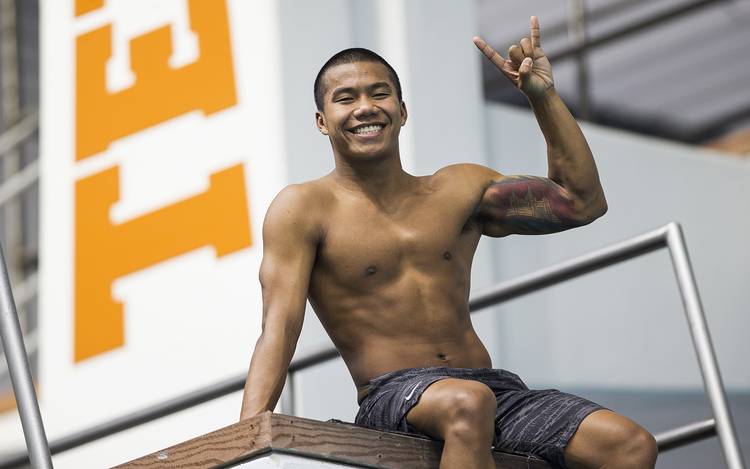 The final day of competition was highlighted by the Longhorn’s 796.85 performance. Windle led the competition wire to wire and scored at least 70 points in each of his first four dives.

On Wednesday, Bromberg added a fourth-place finish to two wins. She scored 53.44 points on average in the women’s platform competition but fell short of a medal by 3.25 points.

Shooting woes return for Texas in loss to Providence