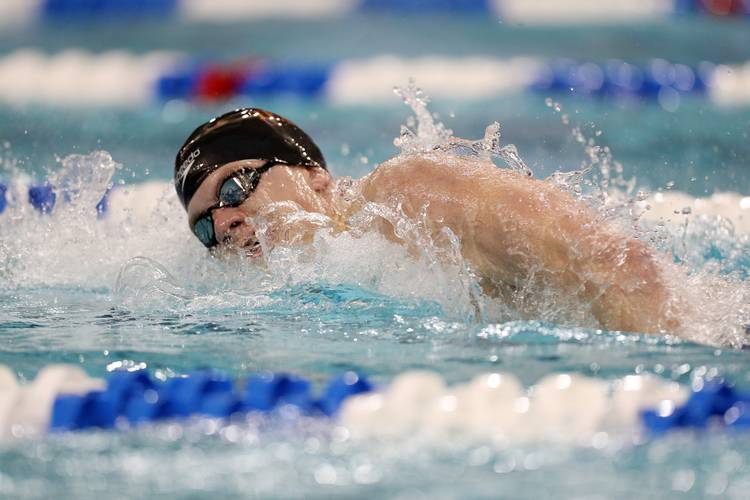 The Texas swimming and diving teams each earned wins against Auburn in dual-meet competition Thursday in Alabama.

The women took eight wins on the night, including the 400 freestyle relay. Julia Cook, Anelise Diener, Brooke Hansen and Claire Adams teamed up to win in 3 minutes, 15.95 seconds.

Cook notched three wins on the night overall. She had two individual victories in addition to the relay win. Cook won the 100 backstroke in 52.55 and the 100 freestyle in 49.10.

Quinn Carrozza rounded out the wins with a triumph in the 200 backstroke with a time of 1:55.24.

In men’s action, the Longhorns took nine wins over the Tigers.

Jordan Windle highlighted the diving action, winning both the 1-meter and 3-meter events. He scored 392.70 points in the 1-meter competition and 436.88 in the 3-meter.

The NFL can wait: Texas safety Brandon Jones to return to the Longhorns for his senior season