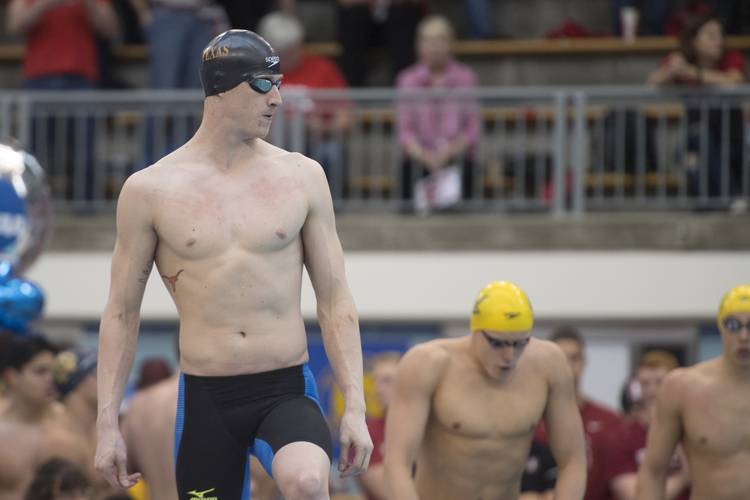 Texas senior swimmer Tate Jackson is a five-time All-American and the school and Big 12 record-holder in the 100 freestyle. (UT Athletics)

The Texas swimming and diving teams opened competition at the Big 12 Championships at the Jamail Texas Swimming Center on Wednesday.

The No. 4 men won the three events contested on the first day while the second-ranked women took two wins.

The women lead the standings with 80 points. The men are in second place with 117 with a lot of action to go.

For the women, Claire Adams, Evie Pfeifer, Remedy Rule and Joanna Evans teamed up to win the 800 freestyle relay in 6:58.52.